Kelly Clarkson has made millions of dollars during her wildly successful career. But in new papers related to her divorce from husband Brandon Blackstock, she claims that he and his dad Narvel Blackstock‘s Starstruck Management company defrauded her out of a good chunk of her fortune, by among other things performing “illegal services” including acting as agents without being licensed to do so in the state of California. The daytime talk show host just filed the documents with the California Labor Commission, in paperwork obtained by HollywoodLife.com.

Kelly had been managed by Narvel and Brandon’s company for 13 years — beginning in 2007 — she now wants all the money back that was allegedly taken from her. She also alleges that Brandon and Narvel defrauded her by “demanding unconscionable fees and compensation” from Kelly for “illegal services.” The “Stronger” singer also claims that they “acted in conflict of interest” with her best interests.

She’s also demanding a “full and complete accounting” of any and all contracts, employment or engagements pertaining to Kelly’s career, as well as “commissions, fees, advances, producing fees and other monies.” In addition to Kelly’s amazing recording career, she hosts a successful daytime talk show for NBC and is a judge on the network’s talent competition The Voice.

Brandon’s lawyer Bryan J. Freedman tells HollywoodLife.com in a statement that: “The labor petition conveniently ignores the fact that Kelly had her own licensed talent agency CAA at all times. While Starstruck Management Group provided talent management services on her behalf, it did so at all times that CAA was her agency of record. It is unfortunate that Kelly is again attempting to avoid paying commissions that are due and owing to Starstruck to try and achieve some perceived advantage in her ongoing custody and divorce proceedings.” Starstruck sued Kelly in September, claiming she owed them $1.4 million in commissions. 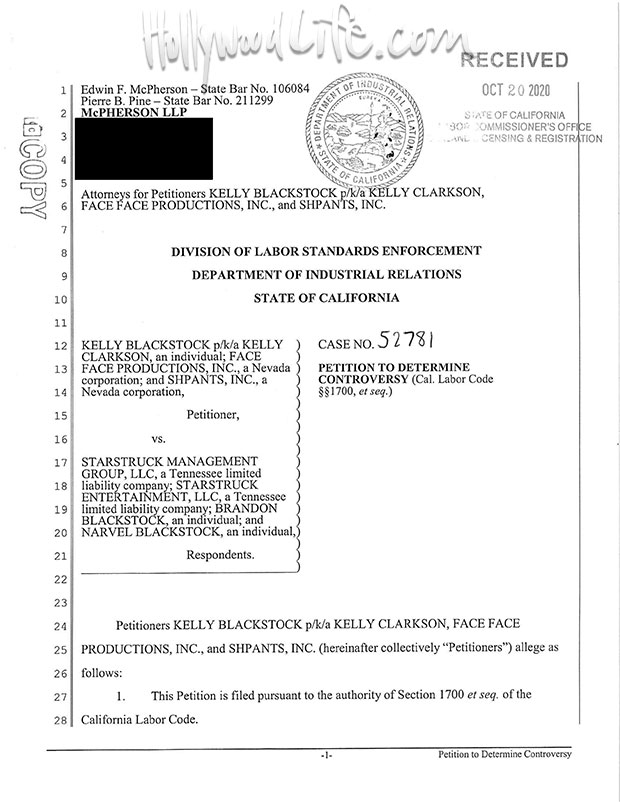 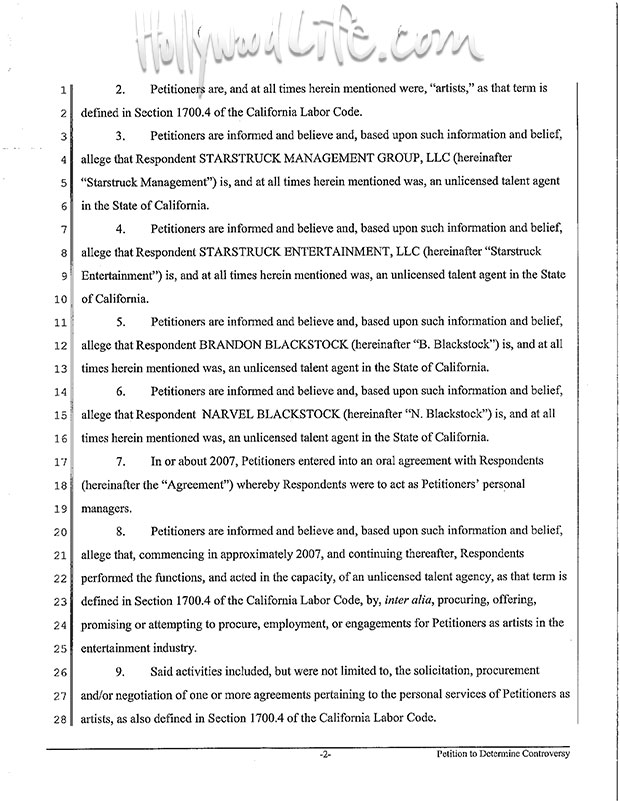 OK magazine was the first to break the story.

This is just the latest development in an increasingly contentious split. Kelly, 38, filed for divorce from Brandon, 43, on June 4 in a Los Angeles court after nearly seven years of marriage, citing “irreconcilable differences.”  The pair battled over physical custody of their two children, six-year-old daughter River Rose and 4-year-old son Remy. Brandon plans to live in Montana and wanted the kids to shuttle back and forth between between there and the former couple’s home in L.A. where Kelly is based.

On Nov. 30, Kelly was awarded temporary primary custody of their children, and they will live with her in Los Angeles. Brandon will get the kids on the 1st, 3rd, and 5th weekends of each month, according to the judge’s order. On the first and last weekends, Brandon will have to travel to Los Angeles to be with the children, while he can bring them to Montana on the third weekend.

Kelly’s fraud claims also come amid Brandon demanding $301K a month in spousal support from the multiple Grammy winner. He also wants an additional $135K in child support per month, even though their children will be primarily living with Kelly.  That comes out to a total demand of $5.2 million a year in support from the singer if the request is granted.