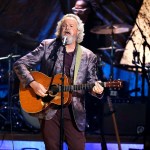 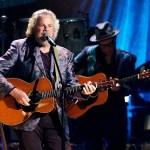 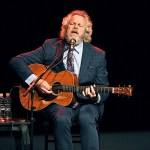 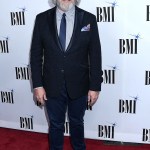 For the first time, Americana music icon Robert Earl Keen will live stream his annual Christmas show. He talks EXCLUSIVELY with HL about the concert, ‘Merry Christmas From The Family,’ and more.

1994 was a good year for Christmas music. While most will recognize it as when Mariah Carrey unleashed the yule juggernaut that is “All I Want For Christmas Is You,” others know ‘94 as the year Robert Earl Keen captured a slice of authentic holiday life with “Merry Christmas From The Family.” Set against a twangy guitar, Robert eschewed sugarplums and sleighbells to paint an honest-but-heartwarming picture of Salem lights, cans of “fake snow,” blended families, and Christmas margaritas. A live recording from 1996’s No. 2 Live Dinner cemented “Merry Christmas From The Family” as a holiday classic.

In its ninth year, the Merry Christmas From The Fam-O-Lee tour will take place with a series of socially-distanced, limited-capacity shows at the Ryman Auditorium in Nashville, at the Gruene Hall in New Braunfels, Texas, and at Austin City Limits at the Moody Theater. Due to the limited seating, most of these shows are already sold out, but Robert will broadcast his holiday show online for the first time.

Tickets are currently available for the Dec. 10 live stream (8 pm CST / 9 pm EST) from the Ryman Auditorium. Ahead of this historic night, Robert talked with HollywoodLife about preparing for this momentous occasion, about the impact of “Merry Christmas From The Family,” and about the night’s “secret” theme.

HollywoodLife: You’re kicking off your ninth annual Christmas tour — Robert Earl Keen’s Merry Christmas From the Fam-O-Lee Secret Santa Christmas – on December 10. It’s a run of socially-distance, limited-capacity events. I imagine the prep work for this year’s show is drastically different than the last, but how has it been getting ready?

Robert Earl Keen: It sure has been different. The hardest part was to think of a theme that could be presented with a limited amount of set design and set pieces. The whole show is wrapped around a different fun theme each year. We’ve done everything from ‘70s country to the anniversary of the Apollo moon landing. Once that was established, it’s all about the presentation in real-time — which is always a crapshoot.

All of our past Christmas shows required a good bit of improvisation and reinvention. This one will not be any different. It’s always exciting to put these together; we are always on the edge of disaster, but somehow, we make it work. It is a super fun irreverent, not your normal holiday show.

You’re doing a true live stream webcast of the Dec. 10 show from your tour. What motivated you to broadcast this online?

The limited seating doesn’t allow us to reach as many fans as we’d like and not being able to go to as many markets as we normally would on the tour. Streaming is a solid option when it comes to fans that can’t make the show. We’ve had fans who plan their holidays around this show. Just want to keep the ball rolling the best way we can. This also allows fans across the country to all get a chance to experience the show at an iconic venue. A good idea today is better than a great idea tomorrow.

Each of your shows is centered around a theme, with this year’s theme being a “secret.” Is there anything you can share?

Sure. The songs are not Christmas songs, but they are consistent with our theme and very entertaining. I’m sure the DOJ is keeping a watchful eye on this show.   This message will self-destruct in five seconds.

Keeping a secret is hard this year, especially when everyone goes snooping for gifts. Do you remember a time when you had to go the extra mile to keep a particular present under wraps?

Keeping secrets was so easy pre-internet. These days one can spill the beans on any surprise or secret inadvertently. I’ve blown several important projects without realizing the wall came tumbling down because of “me and my big mouth.” [laughs]

You’ve carved your place in the Christmas Music Hall Of Fame with “Merry Christmas From The Family.” How much of this song was inspired or based on your own family?

“Merry Christmas From the Family” is a compilation of every Christmas Holiday I participated in up to the birth of the song. It would be much easier to tell what is not true. I’m pretty sure our local convenience store did not carry celery. So, adding celery to that drunken laundry list of items was not something normally requested.

I think the endearing aspect of “Merry Christmas From The Family” is that it’s more relatable than the idealized “family Christmas” in other songs. Twenty-five years after its release, it still feels relevant. What are your thoughts looking back on this song?

Thank you. I wrote the song sometime around Thanksgiving. I was musing to myself that the traditional Christmas songs in no way represented my family Christmas. I wanted my own Christmas song, so I wrote it. I never imagined it would resonate with so many people or, moreover, have such a long life.

If you had a direct line to Santa (assuming you don’t) and could get any present for any person in the world, what would you get and for whom?

We’ve all known kids who believed in Santa, but were starting to have doubts. I’d ask Santa to go visit one of those kids personally, so they would never stop believing.