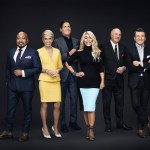 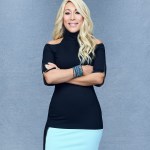 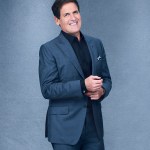 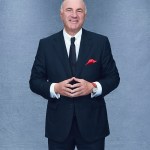 Barbara Corcoran wants to make a deal, and she’s making big moves to get one in this EXCLUSIVE preview of the Dec. 4 episode of ‘Shark Tank.’

The sharks are being treated to some holiday cheer during the Dec. 4 episode of Shark Tank. Three women, who are cousins, walk in with huge ornaments in our EXCLUSIVE preview. They’re the women behind Holiball.

Their inflatable ornaments will take your holiday decor to a whole new level. They’re even reusable, too. You can hang them, sit them, and float them. The possibilities are endless with Holiball.

Right away, Barbara Corcoran is interested in making a deal with the Holiball. And she’s playing hardball with this one. “I’m going to make you an offer based on where I think it is. So I’m going to give you $150,000, but I want 25% so that I can be a full Holiball right with you,” Barbara says.

However, there’s a catch. “But I don’t want you to shop it around. I’m not sure Lori [Greiner] has an offer, but I’d like to beat her out. So you have to answer me, but you can’t entertain another offer, please,” Barbara continues. That’s one heck of an ultimatum! Kevin O’Leary and Daymond John are stunned by Barbara’s shocking move.

The synopsis for the Dec. 4 episode reads: “Cousins from Houston, Texas, prove it’s go big or go home with their line of giant, inflatable holiday ornaments. A husband and wife from Normal, Illinois, have come up with a solution for his lingering in the bathroom. An entrepreneur from Salt Lake City, Utah, shares his unique way to shred on the slopes, while an entrepreneur from Windham, New Hampshire, alerts the Sharks to a safety hazard for kids in the winter.” Shark Tank airs Fridays at 8 p.m. on ABC.