If you don’t know cezur iii, you will. The rising music star is about to release his formal ‘introduction’ with his debut EP, and he tells HL EXCLUSIVELY about the project and his new song, ‘Drinks On Me.’

When the clubs and bars fully reopen, and it’s safe to party all night, cezur iii already has the perfect for welcoming everyone back. “DRINKS ON ME,” out today (Dec. 4), sees this fresh new voice in hip-hop/R&B team up with Jessica Universe for a collab that’s more perfect than rum and coke. “DRINKS ON ME,” a celebration of ‘treating yourself,” is a total vibe, one that’s intoxicating like top-shelf tequila and smoother than aged bourbon.

“DRINKS ON ME” is the latest from cezur iii , who has been incredibly prolific in 2020. This year, the model/music artist has dropped seven tracks, including songs like “FEEL IT,” “MMITWM,” “CONVERSATIONS,” “BOA,” and “HEAT CHECK.” This run culminates with the release of his EP, BK Baby. “This project is definitely an introduction to me,” cezur says in an EXCLUSIVELY interview with HollywoodLife, “but I made sure to have fun with it.”

cezur iii also tells HollywoodLife about how he weaves together different genres to create his sound (“. “I understand that it helps people identify quicker with the song or artist, but I hate being put in any lane”), the inspiration behind his EP’s title, and more.

HollywoodLife: You’re releasing “Drinks On Me,” your collab with Jessica Universe, on Dec. 4. What can you share about this song? How was it like working with Jessica? Do you find that you enter a different creative level when you’re collaborating with another?

cezur iii: The song was actually something me and producer Jae Lee put together at the top of 2019 when we first met out in LA. We wound up scrapping the original song and taking the chords to make something new a few months ago when we were finishing up my EP in NYC. We sent the song to Jessica, and she immediately sent back a voice recording that was crazy, so we had to get her in the studio to record it. She’s a natural star, so it was so easy getting on with her.

Collaborating is one of my favorite parts of making music. That’s really what it’s all about. “DRINKS ON ME” wouldn’t be as dope without Jessica, in my opinion. It’s just one of those records. She sent her verse back, and immediately I hit up my homie Olson to help craft that end section.

You’re soon releasing your debut EP, BK Baby. How long have you been working on this project? Do you see this as a mission statement, a ‘here! This is who I am’ introduction? Or is it not so serious in your mind?

That’s such a good question — I often find myself asking that every now and then. This project is definitely an introduction to me, but I made sure to have fun with it. We officially set out to make a project starting in February of this year, but I started putting together ideas last year when I was still working out of Alex Da Kid’s “Kid In a Korner” mansion in LA.

BK Baby – why did you call this EP that? Is there a specific BK Baby behind the title?

Anyone from Brooklyn (or NYC) knows we have this crazy hometown pride that we carry with us whenever we leave the city. Being out in LA made me want to big up my city even more, so then I took on the nickname BK Baby. 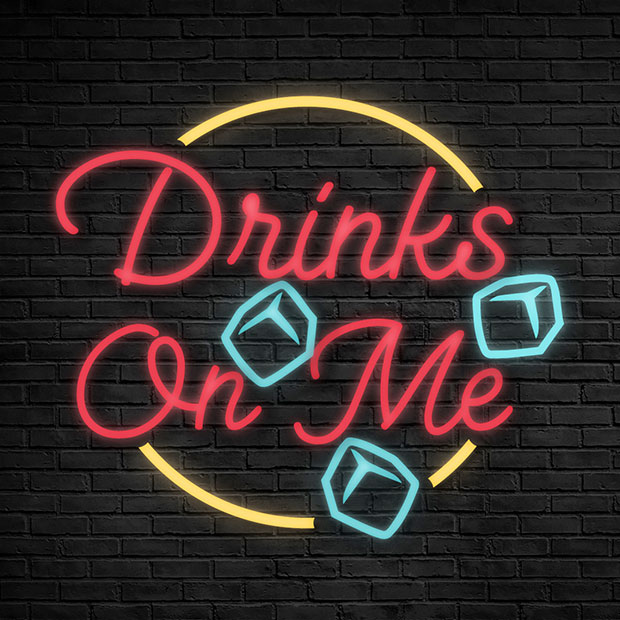 Your sound has been described as a fusion of House, Punk, and Hip-hop. Do you agree with that, or would you describe your sound in a different way? If so, what would say are the ‘punk’ elements in your music?

I never know what to call my music. I understand that it helps people identify quicker with the song or artist, but I hate being put in any lane. If you ask me, it’s all and none of those things depending on the record you’re listening to. I just make whatever my heart calls me to create at any given moment. Growing up, I had eclectic taste between jazz, r&b, rock, disco, hip hop, and others. That’s why I can release a dark house/club record like “FEEL IT” and follow up with a pop record like “BOA” or “DRINKS ON ME.” I think this EP will put many things into perspective, but we’ll continue to blend genres and push the boundaries.

Every year has its peaks and valleys. We had a lot of things planned this year that had to be changed, moved, or canceled. I lost people, friends, and opportunities but gained a ton of clarity. I’m no stranger to adversity, so while it’s been a challenge, our story is just starting. We all were put to the test this year, but we’re still here. No complaints.

You also have a background in modeling. Has your experience as a model help out in your music career, or have those two worlds been separate?

My love for fashion undoubtedly helps put me in certain rooms that benefit my music. It’s about connecting the dots — which my team helps me to do.

I’m releasing my EP in 2021 and hope to touch road for tour if the world ever goes back to normal.