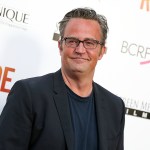 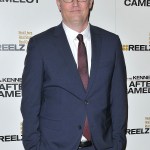 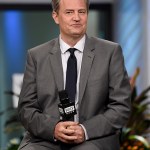 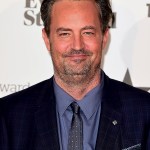 Is there an episode called ‘The One Where Matthew Perry Gets Engaged?’ There is now, because the ‘Friends’ actor just popped the question to his girlfriend, Molly Hurwitz, and she said yes!

Considering how there are so many iconic Thanksgiving-related Friends episodes – “The One With The List,” “The One With The Football,” “The One With The Rumor” – it’s fitting that today, of all days, Matthew Perry would get engaged. The 51-year-old actor who became a pop culture icon for his portrayal of Chandler Bing on the beloved sitcom, proposed to his girlfriend of two years, Molly Hurwitz. “I decided to get engaged,” he told PEOPLE. “Luckily, I happened to be dating the greatest woman on the face of the planet at this time.”

Chandler and Molly, a 29-year-old literary manager, began dating in 2018 on the down-low. While his role on Friends made Matthew a worldwide celebrity, not much is known about the private Molly. She was once linked to The Office alum B.J. Novak, according to Us Weekly, but she has shied away from the spotlight.

Her Instagram is private, for example, though PEOPLE reports that she used it to post a sweet message to Matthew on Valentine’s Day. “[The] Second year being my valentine,” she wrote of her then-boyfriend/now-fiancé, who had just joined Instagram, “but his first year as an Instagram influenced. HVD to my favorite.” This message came after they reportedly spent the 2019 holidays together.

“According to my parents’ custody agreement, my mother was not allowed to have a Christmas tree,” Molly reportedly wrote when captioning a photo of herself and Matthew posing next to the holiday decoration. “Fortunately, there’s no such agreement for a daughter’s boyfriend, so Hurwitz gets a treeeeeeee!!!” Now, she also gets a ring to go with that tree come this Christmas. This will be the first marriage for Matthew. In the past, he was romantically linked to Yasmine Bleeth, Julia Roberts, and Lizzy Caplan.

2020 was supposed to see Matthew join Courteney Cox, Jennifer Aniston, Lisa Kudrow, Matt LeBlanc, and David Schwimmer for the long-awaited, long-rumored Friends reunion. The one-off special was supposed to take place in August and air on HBO Max, but it was delayed yet again to the COVID-19 outbreak. Series creators David Crane and Marta Kauffman are also set to participate. Here’s hoping these Friends can get together for the reunion soon – and for Matt’s upcoming wedding.