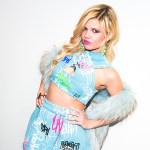 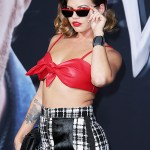 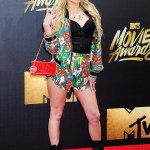 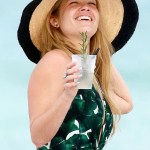 Think you know Chanel West Coast? After years of hard work and unforeseen delays, she released ‘America’s Sweetheart,’ and she talks EXCLUSIVELY with HL about how her debut album will challenge ‘what people think my life is like.’

“I’ve always been a more private person. And so, I haven’t talked about a lot of my life, I think, in my music,” says Chanel West Coast during an EXCLUSIVE interview with HollywoodLife. The rapper and MTV star released America’s Sweetheart on Oct. 23, a 19-track debut album. Years in the making, America’s Sweetheart is a defining moment in her career. Though best known for her role on Ridiculousness, Chanel’s first big break came through hip-hop. This new album reminds those who may have forgotten that while also dispelling some misconceptions floating around her.

While Chanel says she enjoys doing “a party song and maybe a love song,” she doesn’t usually open up about “like, the serious shit that’s happened in my life” in her music. That’s why “White Picket Fence,” the second song on America’s Sweetheart, is a standout track. With raw lyrics about her hard upbringing, Chanel offers an intimate look at who she is as an artist and as a person.

“That’s why I wanted to tell my story,” says Chanel. “I do get this vibe where I think people think, you know, I grew up with a white picket fence type [of upbringing]. They see this happy little sweet white girl or whatever, and they think maybe like I grew up spoiled or with this happy home. And, it’s like, no, I didn’t grow up the way that people think.”

“I’m not like a Taylor Swift-type, I guess you can say,” she adds with a laugh. “So, I think that it was important to tell my story finally.” Chanel said that she wanted “White Picket Fence” to present “what people think my life is like, and then really go into detail about what my life [actually] is like…I felt it’s important for people to get to know [me] a little bit more because — even on TV, I’m on so many episodes of TV, but it’s not a show about my life. So, people don’t really get to know me through that either. I definitely felt that’s really important for people to, like, get to know more about where I come from before. Like the fame and all that.”

America’s Sweetheart will also challenge the notion that Chanel isn’t politically minded or active in her community. With the release of her debut album, Chanel announced that she would donate a portion of proceeds from streams to the REFORM Alliance, the criminal justice reform organization co-founded by Meek Mill, JAY-Z, Philadelphia 76ers partner Michael Rubin, New England Patriots owner Robert Kraft, and others. “I’ve benefitted from white privilege, and I’ve had second chances in life that, unfortunately, many people have not received,” she said in a statement. “That’s why it was important for me to donate to the REFORM Alliance and do my part to address the injustices taking place in our world, particularly our Black and brown communities.”

During the chat with HollywoodLife, Chanel also spoke about her song “Trick,” a collaboration with Porcelain Black that went by “Trick Or Treat” in an earlier draft. “We wanted to go in on that one,” she says with a smile. The song captures a self-empowerment theme that’s prevalent throughout America’s Sweetheart (“You ain’t gotta pop that p-ssy for a man who don’t deserve it”). Chanel says that she also wants to drive home the idea of finding that balance of being sexual without being degrading.

“I think it’s really important to empower females,” she says. “I love the twerking music, the p-ssy-popping music. Y’know, ‘P-ssy Talk’ by City Girls, that’s like my favorite song right now, okay? So, I’m not ever [going] to talk down on people who love to turn up and have a good time and be sexy.”

“But at the same time, I think that it is important to always to kind of keep a balance in life. You know what I’m saying? Like, there are kids watching us as entertainers. And I think that we should always have fun and be sexy and be our grown woman selves. But like also like keep a fine line, of like, ‘yo, remember, there are kids watching.’ …I think that that’s something important to do is always keep a balance. If you’re really talking very vulgar in a song or something, you know, maybe the video should be a little bit more sweet? Or if you’re a little bit more sweet, maybe make the video a little bit more of the sexy, just to have that balance.”

Chanel talks more about America’s Sweetheart, the documentary about her life that she’s filming, collaborating with Dreezy, and her personal 2020 highlight in the video above (spoiler alert: it’s not what you think it is.)

America’s Sweetheart is out now.