Playboi Carti is not an absentee father after his split from Iggy Azalea. Iggy revealed that her ex is extremely involved in their son, Onyx’s, life. “Nothing I said was intended to make it seem like my son’s father isn’t part of his life but I’ve noticed a lot of people took it that way so I wanted to clear the air,” Iggy wrote on Instagram on Oct. 26. “Onyx is so loved by his dad & has always had both parents in his life from day 1.” 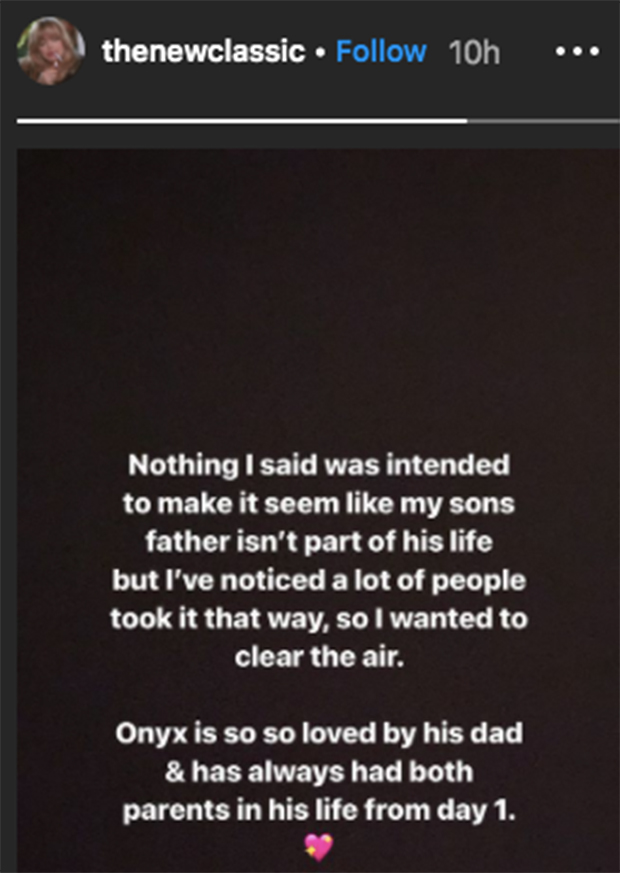 Iggy’s decision to clear up these misconceptions about Playboi Carti, who she started dating in 2018, came just days after she revealed that they had broken up. The split news was also shared via her Instagram Story. “You lost a real 1,” she wrote. “People take loyalty for granted & that’s why I’d rather be alone. One thing I’ll never understand is how liars live with themselves. That s*** don’t eat y’all up inside?”

Fans were confused by the cryptic messages, so Iggy later added, “What I meant last night was that I’m raising my son alone & I’m not in a relationship.” Because of Iggy’s wording about raising Onyx ‘alone’, fans assumed that Playboi Carti wasn’t involved in the little one’s life. Luckily, Iggy has put that rumor to rest with her newest clarification.

Rumors began swirling at the end of 2019 that Iggy and Playboi Carti were expecting a baby together, but the pair never confirmed the news themselves. Iggy even took a break from social media from December to May, and never showed off her baby bump to fans. She secretly gave birth to Onyx at the end of April, although she didn’t announce the news herself until June.

At that time, Iggy vowed to keep her son out of the public eye, and she didn’t publicly post the first picture of his face on Instagram until Oct. 24. In the sweet photo, Iggy rocked a black dress and held Onyx in her arms, while he expertly looked right at the camera. “Iggy is so proud of him and she just decided she was ready to let her fans see her perfect angel!” a source revealed to HollywoodLife EXCLUSIVELY. “She really feels like she was born to be a mom and destined to have her son.”