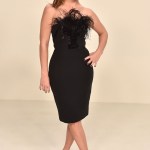 Iggy Azalea made headlines on Oct. 24, when she shared two new photos that showed her baby boy Onyx’s face for the first time since his birth earlier this year, and now we’re finding out exactly what inspired her to share her ‘perfect angel’ with the world.

Iggy Azalea, 30, didn’t let herself overthink when deciding to share Instagram pics of her baby son Onyx’s face, which can be seen below, for the first time. “It was a spur of the moment decision to share her son’s picture,” a source EXCLUSIVELY told HollywoodLife. “She is so proud of him and she just decided she was ready to let her fans see her perfect angel.”

“She really feels like she was born to be a mom and destined to have her son,” the source continued. “So, no matter what she will always be happy for what she had with [Playboi Carti] because they really did make the most perfect child.”

In addition to making headlines for sharing Onyx’s first pics with the public, the singer got attention when she revealed she was raising him on her own after splitting up with his father, Playboi Carti. “They have been on and off for a while. When she came back to L.A. a few months ago [Playboi Carti] stayed in Atlanta,” our source explained. “Then they were trying to figure things out so it was on and off but Iggy has made it clear she’s done trying. She’s doing just fine without him. She has her baby boy and she’s so in love with him and with being a mom, she’s good.”
As far as why things didn’t work between the new parents, it turns out “trust” was the “biggest issue”, according to our insider. “She just lost trust in him and ultimately doesn’t feel it can be regained,” the source added. “Loyalty is everything to her. She has been through enough to know the red flags and pay attention to them when she sees them. She took her time making this decision and feels like it is the right one.”

Iggy’s latest pics and words come four months after she publicly announced she’d secretly given birth to Onyx. “I have a son,” she wrote in an Instagram post on June 10. “I kept waiting for the right time to say something but it feels like the more time passes the more I realize I’m always going to feel anxious to share news that giant with the world. I want to keep his life private but wanted to make it clear he is not a secret and I love him beyond words.”