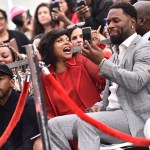 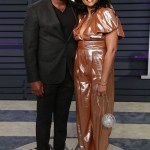 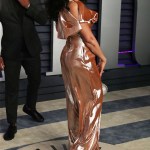 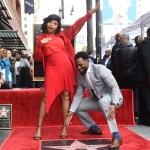 Just as fans suspected, Taraji P. Henson and fiance Kelvin Hayden are over. The actress confirmed the split in a new interview on October 19, and admitted that she ‘tried’ to make things work with ‘couples therapy.’

Taraji P. Henson is back on the market! The Golden Globe-winning actress, 50, confirmed that she’s a single woman after splitting from her fiancé of over two years, Kelvin Hayden. The Super Bowl (XLI) champion proposed to Taraji on Mother’s Day in 2018. While discussing the ways women deal with “trauma-filled men” on the October 19 episode of The Breakfast Club, Taraji said (at the 18:30 mark) that the longtime relationship just “didn’t work.”

“I am dedicated to the Black man, y’all. I just turned 50 and I haven’t said it yet, but it didn’t work out,” Taraji said about her engagement to Kelvin without naming the former athlete. “I tried, I was like, ‘Let’s do the therapy thing.’ But, if you’re both not on the same page with that then you feel like you’re taking it on yourself, and that’s not a fair position for anybody to play in a relationship.”

Taraji seemed to shed light on the breakup when she said, “My happiness is not his responsibility and his happiness is not mine. We have to first rely on how to make ourselves happy to make each other happy. So, when one person is taking on the weight of the entire relationship, it’s never going to work. You have to show up and yes you want to be understanding, but you can’t lose yourself in that understanding,” she explained. “You have to still stand up for yourself and be there for yourself but it’s hard to do if the other person is not doing that part either.”

When Taraji — who didn’t plan on revealing her relationship status during the interview — was further asked about the split, she shut down discussing the topic any further.  “I’m not going into that! … It’s nobody’s business what’s going on in my personal life,” she said. “All I’m saying is, relationships take work and it takes both side to really be there. It’s selfless — sometimes you gotta sit on it, sometimes you can’t take it to him, you gotta take it to the therapist to work it out first.”

Speculation that Taraji and Kelvin had split began around her 50th birthday on September 11. The actress celebrated her milestone birthday on a lavish yacht with friends during a tropical getaway — without Kelvin. Fans started asking questions about Taraji’s relationship status when she shared a number of photos from the trip without her then-fiance.

Taraji was initially slated to tie the knot with Kelvin in April, however, she decided to delay the nuptials over potential inclement weather. The Empire alum, who previously revealed that she lived with Kelvin, announced their engagement in May 2018.

“I said yes y’all!!!” she wrote in the caption of an Instagram photo that showed off her stunning ring. “He dropped to his knee and I almost passed out!!! #sheisofficiallyoffthemarket and she is sooooooooooooo HAPPY!!!!!!” Taraji went public with the romance in 2017, but is believed to have dated Kelvin since 2015.