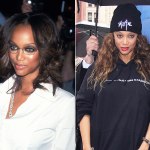 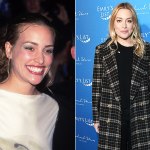 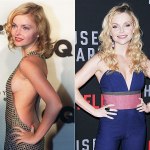 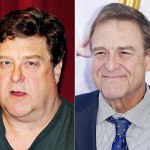 Break out the tight jeans, crop tops and bar dancing, as Tyra Banks is bringing her 2000 film ‘Coyote Ugly’ back, as either a sequel to the movie or possibly a TV series.

Are people still downing tons of shots in the middle of the work week, as super hot waitresses dance atop of bars while soaking each other with water? Hopefully times have changed since Coyote Ugly hit screens in 2000, but star Tyra Banks wants to bring the story to a new audience 20 years later. The 46-year-old told Kelly Clarkson during her Oct. 8 daytime show that she and OG co-star Maria Bello, 53, are working on the new project.

“I literally was supposed to be on a conference call today about bringing ‘Coyote Ugly’ back,” the new Dancing with the Stars host told Kelly. “Yeah, so Maria Bello — one of the stars of Coyote Ugly — we were supposed to be on a call today and I’m talking to you and I can’t talk to them!” Tyra continued with a major humble brag about how busy she is. “But it’s fine because I’m talking to them right now,” she added.

Tyra revealed that the concept is still in the beginning stages, as ‘We’re trying to do Coyote Ugly 2 or a series” so there’s still a lot of work to do in development. She didn’t mention if she’ll actually be returning as her character Zoe, who didn’t have a major part in the iconic film. Zoe worked at the bar to help make enough money to go away to law school, which her character eventually did. Maria’s Lil ran the bar, so she could always come back as a mentor to the new group of female bartenders at the rowdy NYC club.

Tyra described her own audition process for Coyote Ugly to Kelly, which included having to dance for a room full of casting directors. She said there were several song options  and “I was like, ‘OK, I’ll take Prince‘s ‘Kiss.’ They push play. I’m in this huge hotel room — all these casting people lined up looking at me. And I’m dancing. I’m head whipping.” She said that 20 or 30 seconds went by and she was still dancing, despite it getting tiring.

“The whole song I ended up dancing,” she continued. “Then after I’m out of breath. And then they [casting] all just started laughing. They’re like, ‘We are so sorry, but we were enjoying that so much, we kept the music going,'” Tyra gushed with a smile on her face. Oh that humble brag again! Never change Tyra, never change.

Tyra has been ambitious about bringing back Coyote Ugly for several years now.  “I’m dying to do Coyote Ugly 2,” she confessed to PEOPLE TV’s Couch Surfing on Dec. 7, 2018. “I want to produce it — I just need to get the rights from Mr. Jerry Bruckheimer or work with him.”

At the time, she claimed Jerry wanted Selena Gomez as the lead, which with her musical background would make her perfect as up and coming singer-songwriter turned bartender Violet Sanford. Tyra’s reaction was, “Oh, Selena Gomez, that’d be good. Dancing on the bar?” The DWTS host then suggested A Star Is Born actress and pop culture icon Lady Gaga, 32, as the “owner of the bar,” which would be taking over from Maria. A lot has changed in the past two years, as Gaga is now an Oscar winner and Selena shifted more towards music while producing film and TV projects, as opposed to starring in them. But still, the project has endless possibilities for a savvy businesswoman like Tyra.