Skai Jackson, 18, and Alan Bersten’s latest Dancing With the Stars performance was absolutely beautiful. Skai paid tribute to her dear friend, the late Cameron Boyce, with a stunning foxtrot to John Legend’s “Ordinary People.” HollywoodLife talked EXCLUSIVELY with Skai and Alan about the poignant performance.

“It was difficult, but I was just so glad that I got to do it,” Skai told HollywoodLife. “It was really important to me, really special to me, so I’m glad that the whole world got to see it and just get to see how much I loved him and how much he was such a special person.” 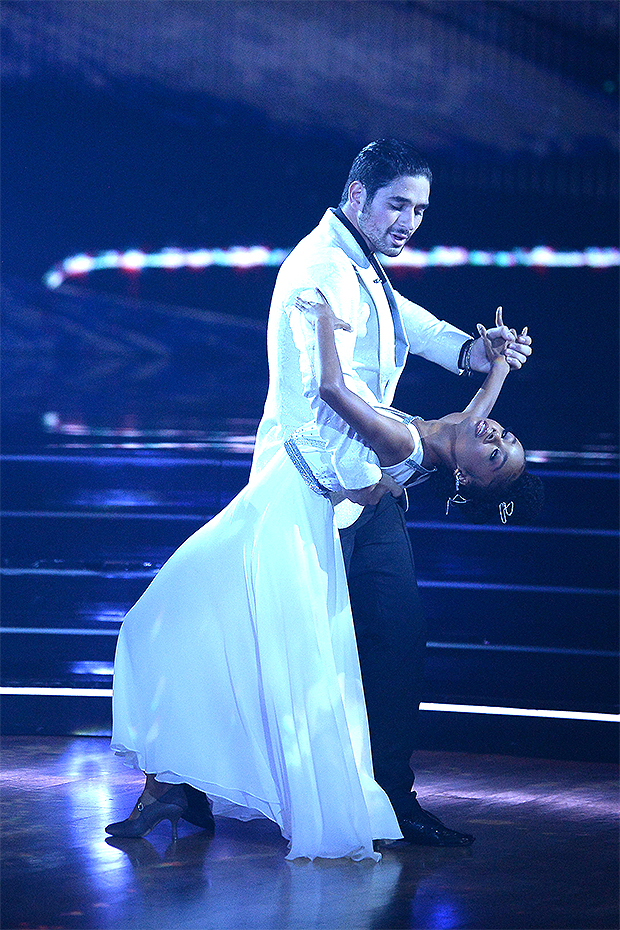 Skai Jackson and Alan Bersten during their Cameron Boyce tribute. (ABC)Cameron died in July 2019 due to complications from epilepsy. He was just 20 years old. Skai and Cameron grew up together on the Disney Channel show Jessie. Skai revealed why she chose “Ordinary People” as the song to dedicate to Cameron.

“I mean, overall, it’s just a great song, but Cameron loved that song,” Skai said. “There’s a little clip of him just like singing the song. When I saw that clip, it was just so amazing to me how I mean… he was such a beautiful singer. He was just kind of like not even being serious. So I was like, I definitely want to use that song and dedicate this song to him because I know he likes John Legend, and I think he would just be amazed by it.”

Alan, 26, choreographed their dance and revealed how he crafted this special number. “I wanted the main part of the dance to be the emotions surrounding Skai and Cameron, and I feel like the Skai handled the choreography perfectly and was able to turn these steps into a beautiful dance,” Alan told HollywoodLife. “Without her emotions, it would just be steps. I feel like she really connected to the dance and really gave everything she has. And that’s why it turned out to be so beautiful.”

Skai and Alan’s performance earned them the highest score of the season so far: 28 out of 30. Carrie Ann Inaba gave Skai and Alan their very first 10. “It feels so crazy,” Skai said about getting the first 10 of the season. “I’m just so excited. I can’t believe that I did get a 10. I wasn’t expecting that. So just to get it was just mind-blowing to me.” Dancing With the Stars season 29 airs Mondays at 8 p.m. on ABC.