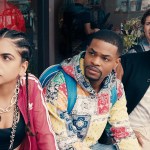 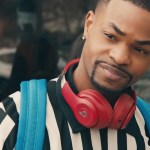 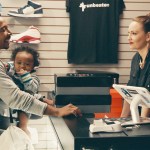 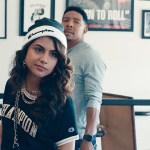 Allen Maldonado is embracing leading role status in the Netflix series ‘Sneakerheads.’ He spoke EXCLUSIVELY with HL about challenging himself with this role, the ‘art’ of sneaker culture, and more.

Sneakerheads is a brand-new Netflix show that follows Devin, former sneakerhead turned stay-at-home dad, who gets back into the business after falling for a scheme. He winds up enlisting a few friends on a search for the elusive Zeroes. Allen Maldonado stars as Devin and steps into the main spotlight in a role that’s very different than his past gigs on black-ish and The Last O.G. Allen spoke EXCLUSIVELY with HollywoodLife about why he wanted to take on this role.

“Sneakerheads is the first scripted series about the sneaker culture, so being the first is something no one can take away from us,” Allen said. “That’s what I was really excited about and just the concept alone. But with the character of Devin, in particular, I really wanted to showcase me playing the straight guy. I’ve been known to play kind of the high energy, comedic presence in shows, so I wanted to showcase that I can do a different style. Devin’s a family man. He’s a father. These are components to characters that I’ve never played before, so that was another challenge that I wanted to take on.”

Allen is not a sneakerhead himself, but he has a lot of respect for sneaker culture. “I can appreciate a good shoe,” the actor admitted. “I won’t disrespect anybody that is a sneakerhead being that I know there’s levels to this. These guys have enormous collections worth millions of dollars.”

The actor hopes that Sneakerheads explains the intricacies and importance of sneaker culture. He wants viewers to see that sneaker culture is more than just about a pair of shoes. “This is a business. There are shoes going for like 6 figures. It’s art,” Allen continued. “You should call it the shoe art culture, and then people would understand and see the value in what the culture is doing and building because no one thinks out of sorts if a painting is worth $2 million dollars. Because it’s a sneaker, people think it can’t be worth that much, but these are pieces of art. The rarity of where and how the shoe was manufactured is similar to what a painting and where and how did this artist come up with this and during what time, it’s the same component.”

Allen sees some similarities between Devin in Sneakerheads and Carrie Bradshaw, a shoe connoisseur herself, in Sex and the City. “It definitely does have that feel when you’re watching,” Allen said. “It’s this kind of coming of age story, but it’s intertwined with fashion where you’re constantly learning about this particular culture while following these characters.”

Allen stars alongside Andrew “King Bach” Bachelor, who plays Bobby. For Allen, there was only one person who could have played Bobby, and that’s Bach. “When this opportunity came, I knew he was the perfect guy for this role,” Allen told HollywoodLife. “Watching him grow as an artist and in business from Vine to where he is now, it’s been an incredible honor watching his growth. When we get together, it’s magic every time. When we get to playing and we get to riffing, just roll the camera and we’re going to give you something. That’s my partner right there, man. This won’t be the last project that we do together.” Sneakerheads season 1 is now streaming on Netflix.