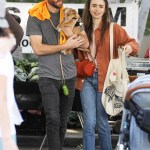 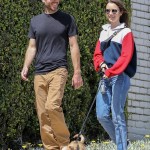 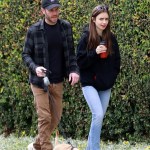 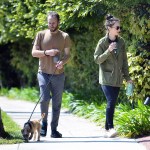 Congratulations are in order for actress Lily Collins who announced she’s engaged to her filmmaker boyfriend Charlie McDowell.

Lily Collins is engaged! The British beauty announced on Instagram that she will say “I do” to boyfriend Charlie McDowell. Lily shared the happy news on September 24, posting a series of snaps of the proposal. “I’ve been waiting my lifetime for you and I can’t wait to spend our lifetime together…,” she captioned the pics, which featured an up-close look at her engagement ring, a pic of the couple kissing, and an adorable snap of the filmmaker getting down on one knee!

Her beau also shared the news on his Instagram page, writing, “In a time of uncertainty and darkness you have illuminated my life. I will forever cherish my adventure with you.” The sweet message was posted alongside a pic of Lily flashing her ring at the camera, along with a huge smile. The daughter of musician Phil Collins was already showbiz royalty, but it turns out her husband-to-be also descends from famous actors.

Charlie’s parents are esteemed actors Malcolm McDowell and Mary Steenburgen, while his stepfather is Ted Danson. Their famous friends were quick to comment on the announcement post, with actress Jamie Chung writing, “CONGRATS!!!!!” while magazine editor Lisa Love commented, “Amazing congratulations @charliemcdowell too.”

Although it’s not known when the pair officially began dating, they have been linked to each other since 2019, when they popped up on each other’s Instagram accounts for the first time that August. “Always got your back,” Lily captioned a snap of herself cuddling up to Charlie in Paris at the time. She has previously been linked to actors Zac Efron, Chris Evans, and Jamie Campbell Bower, while Charlie has also dated A-list stars including Emilia Clarke and Rooney Mara. Congratulations to the adorable duo on their engagement!