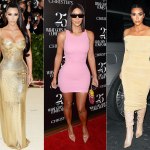 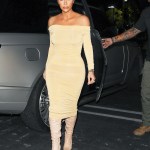 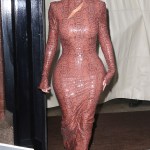 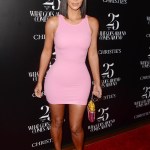 Kim Kardashian took to Instagram to share a gorgeous video of herself showing off her new SKIMS leggings that provide ‘a lift’ and are perfect for her long skirts and dresses.

Kim Kardashian, 39, gave her fans a peek at the new figure-flattering sheer leggings she designed for her SKIMS shapewear line in a video she posted to her Instagram Stories on Sept. 11 and they looked great on her! The Keeping Up with the Kardashians star was wearing a white long-sleeved crop top and matching long skirt in the clip, which she filmed herself while standing in a mirror, and was explaining why the leggings were different from others as she showed them off underneath the skirt. “Usually when you wear shapewear and it comes to the knee, you always see the line the comes here or to here,” she said while pointing at her knee and thigh. “That always really bothered me.”

“So some of the new shapewear that we have is a little bit at the calf,” she continued. “And this was really important to me because I wear so many long skirts or three-quarter length so I hated seeing that line and I really wanted the same shapewear that snatched everything really good so this was really exciting and important.”

She went on to explain more about how the leggings fit, which helps to accentuate the shape of a body and behind. “It still has the kind of sheerness on the butt to give you that lift,” she said while also pointing out the “silicone strip” that’s around the waist.

Kim’s latest SKIMS-related post comes after she wowed with an eye-catching campaign for the brand’s one-year anniversary. It included numerous pics of celebrities, models, and fans posing in various pieces from the company’s collection. She also posed in front of a wall full of the different shapewear pinned up on it to celebrate the year-long success.

Kim’s success with her SKIMS line comes in the midst of the shocking news that her family’s long-running reality series, Keeping Up with the Kardashians is ending for good after its 20th season in 2021. The show, which gives an in-depth look into Kim and her family’s lives, has been on the air for 14 years and her mom Kris Jenner, 64, talked about how “hard” it’s been for everyone in a recent interview on Ryan Seacrest’s radio show. “We had to tell the crew yesterday, so we were all crying. But I think Khloe…is probably the one who is taking it the hardest and really hasn’t stopped crying since we announced,” she said in the interview. “She’s been so sweet and just emotional about it.”