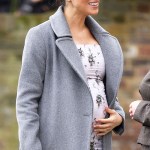 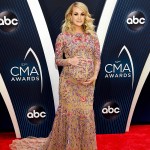 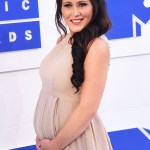 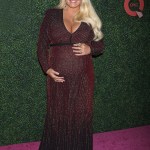 British actress Felicity Jones is a first time mother! ‘The Theory of Everything’ star and her director husband Charles Guard are relishing their new role as parents.

Actress Felicity Jones has been just as mum about giving birth to her first child as she was about her pregnancy. The Rogue One: A Star Wars Story star did not announce her baby’s the birth, but was photographed in London beaming while pushing a navy blue baby stroller on Sept. 11, 2020. Felicity looking gorgeous in a navy blue sweater and blue and white striped pants. The 36-year-old carried a blue diaper bag over her shoulder in the photos, and looked down at her baby, making smiling faces at her little one. Felicity is married to director Charles Guard and this is their first child.

With the blue baby buggy and diaper bag, perhaps Felicity has welcomed a son? The actress has let photographs do the talking for her with this child, as she debuted a tiny baby bump in a black gown during the Dec. 17, 2019 New York City premiere for her film The Aeronauts.

Felicity was later photographed arriving at Gatwick Airport in England in Feb. 2020 with her growing bump visible under a belted winter coat. A month later, most of Europe and the U.S. went into lockdown due to the COVID-19 pandemic. Thus there hadn’t been any photos of her out and about with a huge baby bump since then.

Felicity is best know to audiences for playing Jyn Erso in 2016’s Rogue One: A Star Wars Story, and portraying future SCOTUS jurist Ruth Bader Ginsburg in the 2018 film On the Basis of Sex. She broke big with U.S. audiences thanks to her Oscar-nominated turn as physicist Stephen Hawking‘s wife Jane in 2014’s The Theory of Everything. While co-star Eddie Redmayne went on to win the 2015 Best Actor Academy Awards for his portrayal of the late scientist, she lost out as Best Actress to longtime nominee Julianne Moore, who snagged her first statue for Still Alice.

Felicity and Charles, 44, wed in 2018 after dating for three years. She told Harper’s Bazaar in Oct. 2016 how she looked forward to having children despite her busy career. “Fortunately, I feel like we’re in a new era, where it is empowering rather than limiting to have children,” Felicity explained. “From what I can see from friends and relatives, women get stronger and more decisive from having children — they don’t waste their time doing things they don’t want to.” Congrats to Felicity and Charles on their new bundle of joy!