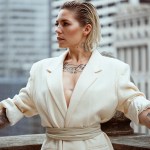 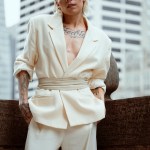 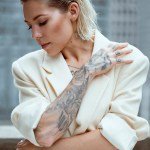 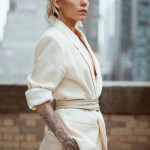 While having a ‘Reject Party,’ singer Skylar Grey played a snippet of a song Rihanna turned down, and just hearing this tune had the Navy begging Rih to just drop ‘R9’ already!

“I was working with Diplo on a song for Rihanna,” singer Skylar Grey said during a Sept. 2 Instagram Live session. Dubbed a “Reject Party,” Skylar, 34, played music that she had written for other artists that, ultimately, was rejected (ergo, the name.) She had co-written a song with “a guy named Hymn” for Rihanna’s ninth album – tentatively dubbed “R9” – and she played part of it during this sesh. “This was when Rihanna was supposedly doing some kind of reggae album,” she says around 10:15 in the above video. “I don’t know if she’s still making a reggae album or what. But this is the song we did for it. I don’t have the whole song. I’m just going to play a piece of it, and it probably won’t sound great because it was an iPhone recording of the speakers.”

In the snippet, Skylar’s heard singing the words “no pressure” in a reggae-inspired pop bop. It clearly had a “Rihanna vibe” to it, but apparently, Ms. Fenty wasn’t feeling it. Her fans – aka The Navy – certainly were. When they heard Skylar’s rejected song, they somehow got even MORE hyped for R9. “WTFFFF I AM ACTUALLY CRYING. RIIEIRRIRIRI RELEASE THE ALBUM. I AM ACTUALLY CRYIIGNNNGGGGG,” one tweeted. “Dis one hard [fire emoji]” added another. “Woah that sounds so amazing.”

However, the reaction wasn’t unanimous. “This sounds like a Stefflon Don song, not a Rihanna song.” “This goes so hard, OMG, but it could deffo be better, which is why I believe she rejected it.” Others weren’t so kind, tossing around words like “flop” and “trash.”

Skylar shouldn’t take Rihanna’s rejection to heart, considering the kind of songs that Ms. Fenty has passed on in the past. Sia’s “Cheap Thrills” was written for Rihanna, per Billboard, and was meant to be part of her 2016 album, Anti. Sia released it herself, and it went to No. 1 in the U.S. and a ton of other countries. As of 2020, it’s been certified platinum four times.

She’s not the only one who’s made treasure out of Rihanna’s trash. Rihanna turned down Diplo’s “Lean On,” and it became a massive hit for Major Lazer, DJ Snake, and MØ. She also passed on working with The Chainsmokers on their song, “Don’t Let Me Down.” The rejection caused a stir when the band’s Alex Pall shaded Rihanna, telling Rolling Stone that they were glad they went with Daya instead because “young unknown artists have this hunger — they’re willing to work really hard.”

Sometimes, artists write songs for Rihanna …only to avoid getting rejected by keeping the hit for themselves. Such is the case with “Shape of You” by Ed Sheeran. Ed told BBC Radio One in 2017 that he wrote his mammoth hit for Rih, but “started singing lyrics like putting ‘Van The Man on the jukebox,’ and I was like ‘She’s not really going to sing that, is she?'” He decided to record the song himself, and he’s probably glad that he did. It won the Best Pop Solo Performance at the 60th Grammy Awards. It also has gone platinum multiple times in multiple countries. It’s reportedly Billboard’s ninth most successful song of all time and has been certified Diamond in the United States.