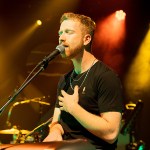 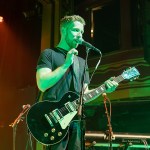 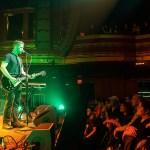 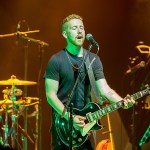 Following his certified-platinum hit, ‘If The World Was Ending —  and his debut MTV VMAs performance —  singer JP Saxe ‘build a sonic, emotional world,’ only to watch it all fall apart in ‘A Little Bit Yours.’

If it isn’t clear by now, JP Saxe is damn talented when it comes to expressing so much emotion with so few words. This skillful, almost surgical songwriting is seen on his platinum-selling “If The World Was Ending,” and it’s present with his new song, “A Little Bit Yours.” In this sweeping track, released today (Sept. 2), JP deconstructs the healing process and moving after a breakup, especially when – as he puts it – you’re “so bad at it.” With two lines at the heart of the chorus (“You’re not mine anymore / but I’m still a little bit yours”), JP deftly summarizes how sometimes, it isn’t easy to untangle yourself entirely from a former love.

“A Little Bit Yours” gives JP’s voice plenty of room for him to spread his wings and soar. The production amplifies JP’s voice and provides the track with a booming, sweeping feeling. “It started as a piano-vocal recording that I did with Benjamin Rice,” JP tells HollywoodLife in an EXCLUSIVE interview over email.” I never quite sang the way I sing in this chorus before, but Ben brought it out of me. And we did a reasonably indulgent vocal arrangement. We then added organ and bass and synth pads to just expand on that sonic, emotional world. So, it starts with a piano, but we then just tried to build out from the emotion of that, with subtle, yet what we thought was powerful elements.”

“Subtle” and “powerful” are the two words that best sum of JP Saxe, especially after watching him make his MTV Video Music Awards debut at the 2020 ceremony. Against an orange-colored sky, signifying an impending doomsday that feels closer than ever, JP was joined by Julia Michaels to perform their song about how love will inevitably triumph over any insurmountable adversity. In the wake of COVID-19, the track has taken on a deeper meaning, and JP tells HollywoodLife that it felt “incredible, for a number of reasons” to perform it at the VMAs.

“It’s a song that I love,” says JP. “I got to do it with a person I love. And although the circumstances were unorthodox, I was really honored that Extra gum and MTV dedicated our performance to the first responders. I think that any and all love that can be shown to the heroes that have looked out for us this year needs to be, and that song, at its core, is putting love before everything else. And I don’t think anything is as quite as loving as putting your own well-being aside to look out for somebody else in all the extreme ways that our everyday heroes have been doing.”

“A Little Bit Yours” is out now.