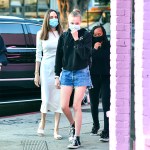 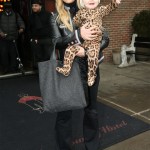 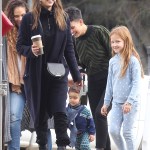 Heidi Klum has been having a legal disagreement with her ex-husband Seal about taking their kids to Germany so she can film ‘Germany’s Next Top Model’, and a lawyer EXCLUSIVELY told HL why a judge will likely ‘lean’ in favor of the trip.

It looks like Heidi Klum, 47, may get to take her kids to Germany with her for three months so she can film the next season of Germany’s Next Top Model whether her ex-husband and father of the kids, Seal, 57, approves or not, according to one California lawyer. The model has been going through a legal disagreement with the singer, who shares custody of their four children, Leni, 16, Henry, 14, Johan, 13 and Lou, 10, because the series, which normally films near their home in Los Angeles, CA, has been moved to the European country due to travel restrictions for the crew around COVID-19. Since Seal has reportedly “not yet approved of this trip”, Heidi has requested an emergency court hearing to hopefully have a judge rule in her favor.

California family lawyer Kelly Chang EXCLUSIVELY told HollywoodLife that because of the details in Heidi’s request, a judge will probably side with her and let the kids travel overseas when the reality competition show starts filming in Oct. “I have a feeling the Judge will lean towards Heidi because her requests were very reasonable. Also, she included a past history of the kids traveling with her so it appears it has happened before,” Chang EXCLUSIVELY said while referring to the court documents in the case.

“If you notice, she seeks a pretty specific time period (during her filming) for the kids to be there,” Chang continued. “Also, she offered to give him the Christmas (that was suppose to be hers) here. It doesn’t appear to me on its face that she is plotting to move the kids to Germany. So I think to an outsider judge, I don’t see any valid concerns for a permanent move away, because she seeks very specific time periods.”

Chang further pointed out that in the court documents, Seal admitted that his apprehension about the trip is due to his fear that Heidi will keep the children in Germany permanently, but she explained it wouldn’t be difficult for him to fight back if that happened. “It won’t be difficult if there are orders in writing that the children come back,” she said. “California and Los Angeles County will retain jurisdiction over custody as the children’s home base. Under the UCCJEA, the home state is where the children have resided for six months.”

In the legal documents, Heidi explained that she and Seal, who she divorced in 2014, have joint custody of their children but claimed he “barely sees them” and they spend the majority of time with her. Chang told us how the situation would likely unfold if the America’s Next Top Model star decided to try and change the custody agreement while she’s in Germany. “Germany is a part of the Hague Abduction Convention so theoretically, it wouldn’t be hard for a U.S. court order to get enforced,” Chang said. “One of the main issues I see is if the children stay there over six months, the home state may be changed.”

“Seal just needs to make sure this visit is, in fact, temporary and the children will be returned,” she continued. “Also, if the facts she states are true, he needs to spend more time with the children. Though they share custody, if Heidi is the primary custodial parent, she will under the law have the presumptive right to move away and that could be very damaging to Seal. Usually in child custody, the damage is done prior to the filing of the motion. If he has historically spent more time with the children, he wouldn’t be in such risk of losing them. I always say, ‘custody is use it or lose it!'”