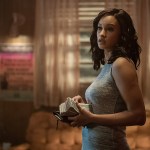 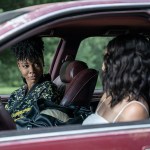 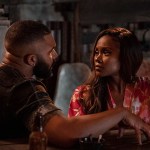 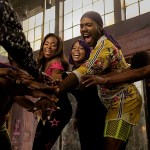 Gidget is one of the dazzling stars at The Pynk on ‘P-Valley.’ HL spoke with Skyler Joy about what’s next for Gidget, Gidget’s friendship with Mercedes, how she trained for pole dancing, and more.

P-Valley is the show that has captivated the summer. The critically-acclaimed STARZ series follows the ins and outs of those who work The Pynk, a popular strip club in Mississippi. One of the core members of Uncle Clifford’s Pynk troupe is Gidget, played by Skyler Joy.

HollywoodLife talked EXCLUSIVELY with Skyler about preparing for the role of a stripper and what lies ahead for Gidget. She discussed Gidget and Mercedes’ friendship and stressed that Gidget will always be there Mercedes “no matter what.” Skyler also teased Gidget’s “caretaker” vibe with those at The Pynk and her growing bond with Autumn.

First and foremost, what was the training like for this role? The athleticism you and your castmates have is incredible.
Skyler Joy: It’s a lot of work. I had been taking pole classes before I booked the role, but I was doing it sporadically. It was just for fun with my friends. And then this role came about and I had already had a little bit of dance experience because of those pole classes, which came in handy because I actually had the chance to do some in my callback and when I booked the role. All of the girls and I had hours of daily practices. The pole is really hard. You have to lift your whole body up. It takes sometimes months just to get one trick down. Just to climb the pole took me probably like 4 months, and it looks so easy now. The tricks that take years to do we had stunt doubles.

I remember in one scene when Gidget’s trying to teach Autumn how to do some moves, she’s saying it’s all about weight distribution. It looks so easy, but it must be so difficult.
Skyler Joy: Actually, in that scene, that was my first time going upside down. I actually did that. That part where I go upside down and show her was all me. The other half of it was my stunt double, but I told Katori Hall I wanted to do this trick in the scene. Don’t let the stunt double do it. She was like, “Okay, go ahead.” We went to rehearsal, and it was really hard. I just kept trying, trying, and trying and then all of a sudden my body was like, “Oh, okay, I get what you’re trying to do.”

Were there ever any injuries?
Skyler Joy: I had bruises every day on my whole body and calluses on my hands, but nothing too crazy. The girl that plays Miss Mississippi dislocated her knee on the first day of practice. I wasn’t there. After that, she kind of struggled with trust in doing the pole. It was hard for her, but that’s her story.

What is Mercedes and Gidget’s relationship going to be like going forward? Gidget went to great lengths to get Mercedes out of jail.
Skyler Joy: I think that Mercedes and Gidget have a really strong friendship. They’re the type of friends that — no matter what happens — they’ll be there for each other. With Gidget, I think she felt very jealous over Mercedes being able to leave the club. I’ve been getting questions about that scene. Like, why is Gidget so upset that Mercedes is able to finally leave the club? I felt like Gidget feels jealous that she can and is able to leave the club and Gidget is kind of stuck. In episode 5, you were kind of able to see why. All her money’s going towards her mom and her mom’s drug addiction. I just think that they have a type of friendship where they’ll be there for each other no matter what.

Autumn is obviously a big mystery to everyone. Mercedes hasn’t liked her from the start, but Autumn’s come through a couple of times. How do you think Gidget feels about the new girl?
Skyler Joy: Gidget is kind of a caretaker to everyone. She just loves all the girls. Even when Autumn first came in, she was a little hesitant but Gidget is very welcoming and nurturing. That’s just her personality with all the girls, so I feel like now she accepts Autumn Night after seeing Autumn show up for Mercedes in the bail bondsman office. I think that was a turning point in that they’re friends now and she likes her. She’s wanting to help her now that Mercedes likes her or is starting to like her. They’re going to, hopefully, have a stronger bond now.

Do you think Gidget has thought about what life could be like without the club? Or do you think she has made up her mind that she is always going to be there?
Skyler Joy: She thinks about it all the time. Her dream is to go off and compete in pole competitions professionally. She’s the very athletic one in the club that sees pole dancing as an Olympic sport. Her dream is to leave the club. But, unfortunately, she just has a lot of financial obligations going on that it’s hard for her to leave. I think it’s always been scary for her to venture out of her comfort zone, which is the club that she knows. People have heard in the show that she used to cheer for Ole Miss, and she left and started stripping. I think that’s kind of a good way to say she went back to her comfort zone, so it’s hard for her to break out of it.

What do you think of Gidget and Uncle Clifford’s relationship?
Skyler Joy: I feel like Uncle Clifford is a mother to Gidget. Unfortunately, you don’t see a whole lot of that in the series but just being on the set with Nicco [Annan], who plays Uncle Clifford, he’s just such an awesome person. He’s so genuine. To be on set with somebody that has been a part of the project for so long, it was just such a great experience. I just feel like such a strong bond on-screen and off-screen with Nicco.

What can you tease about these upcoming episodes? There’s so much at play here.
Skyler Joy: I just feel like if people think what’s going on is crazy now, it just gets crazier. The series gets even better than it is. It’s so exciting.