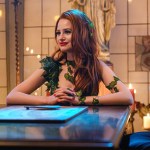 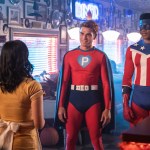 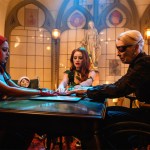 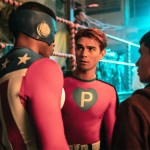 Vanessa Morgan isn’t going to let her divorce from Michael Kopech dampen her mood. After all, she’s going to be a mom, and the ‘Riverdale’ star shared a precious pic of her unborn bundle of joy!

“He’s a lil kicker [heart emoji] #bigfoot,” Vanessa Morgan, 28, captioned the ultrasound photo she tweeted on Aug. 12. In the photo, Riverdale fans can make out the small foot, with all five teeny, tiny toes. This adorable update comes less than a month after she announced her pregnancy, and mere weeks after news broke that she and husband Michael Kopech had filed for divorce. This tweet is, more than less, Vanessa’s first major social media post since she split from the 24-year-old Chicago White Sox pitcher, and it seems like she’s focusing on the positive rather than the negative.

Vanessa actually found out she was with child back in May, and she kept that news a secret until July 24. “I am overjoyed to be welcoming my baby boy into the world this January,” she wrote at the start of the IG post announcing the pregnancy. “Lil one you were made with so much love & already exude a light so strong it warms my belly. Thank you, God, for this blessing. I’m just so happy & can’t wait to dedicate every day to being the best mommy I can be.” The post also revealed the sex of her baby and – no surprise here – it’s a boy!

All seemed well and good for Vanessa and Michael, who tied the knot on Jan. 4, 2020. Then, three days after Vanessa revealed she had a bun in her oven, the world learned that he had filed for divorce on June 19 in Morris County, Texas. Though Michael cited that he has “no children” on the filing, a rep for Vanessa confirmed to the Chicago Tribune — the paper who first reported the split — that Michael is the father of her unborn baby.

The couple began dating in 2018, and Michael proposed to Vanessa in July 2019 during a camping trip to Lake Havasu, Arizona. The last time Michael appeared on Vanessa’s social media feeds was an Apr. 30 post, in which she wished him a happy 24th birthday and called him her “quarantine boo.”

Following the news of Michael’s filing, fans of Brielle Biermann began begging for them to get back together. The MLB player and reality television star split in March 2018 after two years of dating, and the breakup was somewhat bitter. Brielle, 23, accused Michael of ending the relationship so that he could “go f-ck around.” When she posted a picture of her behind the wheel of a car on July 28 (“Looking for my shotgun rider,” she captioned the photo), fans trolled in the comments by telling her things like, “I hear Mike Kopech is available.”