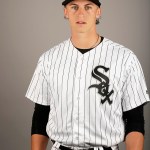 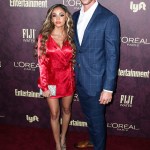 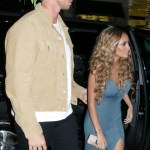 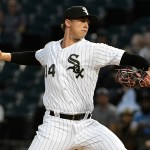 Oh snap! After Brielle Biermann spilled the tea on how her relationship with Michael Kopech ended, everyone is eager to know more about the MLB pitcher. Here’s 5 things to know!

Its been nearly a year since Brielle Biermann split with her hunky major league baseball player beau, Michael Kopech, but she used her new interview with TooFab to look back on their messy split. The reality star dished some major tea on the details of their decision to call it quits, largely placing the blame on him. According to the star, Michael wanted to “take a break,” but expected Brielle “to wait,” for him. Clearly, that didn’t pan out well! As the MLB pitcher makes headlines for the new details surrounding his past relationship, here’s 5 things to know about him!

1. He’s a member of the Chicago White Sox.

Michael is a starting pitcher for the Chicago MLB team. He made his major league debut in August of 2018.

2. He was initially signed to the Boston Red Sox.

The Boston Red Sox selected Kopech in the first round, with the 33rd overall selection, of the 2014 MLB Draft, before later trading him to Chicago.

In January of 2017, he was unofficially clocked at having thrown a 110 mph pitch.

4. Michael asked his ex Brielle for “a break,” and she put the brakes on the notion very quickly.

In the new interview, Brielle got incredibly honest. “It was more of him wanting to take a break, and he wanted me to wait on him,” she told TooFab. “And I was like, ‘I’m not gonna wait on you, dude. You clearly wanna go f**k around. You think I’m stupid? I’m not stupid. I’m not gonna be waiting for you to return. I have a life, too.’ He was like, ‘In a year, we can date.’ I was like, ‘Are you insane? No.’”

5. He’s already moved on with a new lady.

Michael is currently dating Canadian actress Vanessa Morgan, and judging from his romantic Instagram snaps, they have no plans on taking a “break” anytime soon.