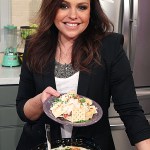 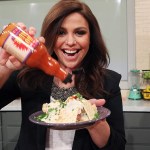 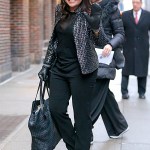 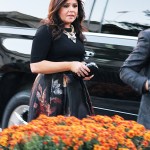 A terrifying blaze utterly destroyed an upstate New York home belonging to Rachael Ray, and the footage of the fire is chilling. Thankfully, the celebrity cook and her family made it out alive.

Update (2:30 PM ET): “Thank you to our local first responders for being kind and gracious and saving what they could of our home. Grateful that my mom, my husband, my dog… we’re all okay. These are the days we all have to be grateful for what we have, not what we’ve lost,” Rachael Ray tweeted when speaking for the first time about the fire.

Thank you to our local first responders for being kind and gracious and saving what they could of our home. Grateful that my mom, my husband, my dog… we’re all okay. These are the days we all have to be grateful for what we have, not what we’ve lost.

Original: As if 2020 wasn’t bad enough, now Rachael Ray had to watch as her upstate New York home went up in flames. A fire tore through the celebrity cook’s home in Lake Luzerne on Sunday (Aug. 9) night, according to ABC10. Firefighters first began their valiant efforts to control the blaze on Chuckwagon Trail around 8 p.m. and thankfully, no one was hurt in the inferno. “Rachael, her husband [John Cusimano] and their dog Bella are safe. The house is unfortunately damaged, and we don’t yet know to what extent,” a rep for Rachael said in a statement.

At the moment, it’s unclear what caused the fire. Footage of the fire — captured and posted by FireVideos.net‘s YouTube channel — shows just how lucky Rachael and her family are in getting out alive. The house is absolutely destroyed. The authorities work hard to douse the flames and prevent them from spreading, but the house is just gone. One could almost feel the heat of the flames from watching the video, and it’s a stark reminder of just how dangerous fire can be.

Sadly, Rachael lost more than a home in the fire – she also lost her makeshift production studio. While self-quarantining in Lake Luzerne during the COVID-19 outbreak, Rachael had been taping #STAYHOME With Rachael two days a week. “John and I have become a production studio, which is so funny, because I grew up in the Adirondacks which is where we are — and this was always our hideout,” she said in an interview in April. “We were happy that our cell phones worked terribly here and that we had very poor internet service. And now we’ve had to upgrade all that so that we can still all be together and think of a new way to communicate with people. So we’ve had to break down a lot of mental barriers about our fort in the woods.”

“We have never worked this hard in our entire lives,” she also told The Associated Press in April. Her husband has worked as the cameraman, producer, cocktail maker, and musical guest. Their pit bull, Isaboo, made up the “studio audience” for these shows. During these shows, Rachael wears sweats and no makeup. Plus, instead of creating an elaborate meal with exotic ingredients, she focuses on cooking low-budget meals that can be made with items commonly found in the pantry. For Rachael, it’s a way to connect with the audience and offer a bit of comfort during this uncertain period. “This is a weird time. I can’t say there’s a silver lining … but there are found moments every day,”