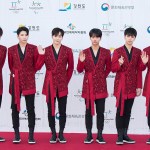 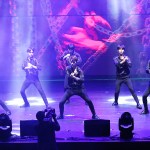 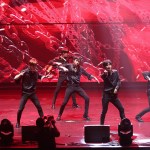 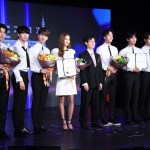 K-Pop idol Hongbin has left the popular Korean boy band VIXX after he made controversial comments on the streaming platform Twitch.

K-Pop star Hongbin has left the boy band VIXX after making controversial comments about fellow Korean pop idols on the streaming platform Twitch. The 26-year-old South Korea-born singer and actor departed from the group on August 7, the band’s record label Jellyfish Entertainment revealed in a statement. It comes five months after he filmed a live stream and criticized K-Pop stars SHINee and INFINITE. Here are 5 things to know about him.

1. Hongbin’s label confirmed his departure. In an August 7 statement, Jellyfish Entertainment wrote, “First, we express our sincere gratitude to fans who love VIXX a lot, and we are conveying sad news. On August 7, Hongbin shared his intention to withdraw from VIXX,” the team began. “After careful discussion with the VIXX members and Hongbin, we are respecting his wishes and so it’s been decided that he will leave the group. It’s planned that VIXX will promote as a five-member group in the future. We are very sorry to fans for causing concern with this sudden news, and we ask you to continue to love and support the VIXX members.”

2. His controversial remarks were made in February. He came under fire on February 29 when he made critical remarks on a live stream, causing him and his record label to apologize, per Soompi. While drinking, he said that SHINee’s song “Everybody” was “lousy” and said he would have “hit the choreographer” of the music video for INFINITE’s song “Be Mine”.

3. He posted on Twitch in August, saying he would return to the platform. Hongbin took a hiatus from the streaming platform following the controversy, but posted in August saying he was prepared to make a return. “I’ve been thinking that I want to be doing fun broadcasts again where we can laugh and chat while gaming together,” he told fans. “Many changes have happened while I was taking a break from broadcasts. I’m still adjusting, so I’m a bit all over the place. I still don’t know how the broadcasts might change in the future as well, but I’m planning on doing broadcasts that you can comfortably watch while laughing and chatting like before.”

Thank you Hongbin for all your hard work this years, you made us so happy and we will never forget all those moments you gave us. We are going to be with you forever, as a vixx member or not. We are so proud of you and we love you so much, never forget that. ♡ #WeLoveYouHongbin pic.twitter.com/exYmkJcQ8D

4. Hongbin was a founding member of the group. He was one of 10  contestants on the reality show MyDOL, which was where the group was formed, and was eventually chosen to be a part of the final six person line-up. They released their debut song “Super Hero” on May 24, 2012 and quickly skyrocketed to superstardom in the K-Pop world.

5. He is also an actor. Hongbin made his acting debut in 2014 when he was cast in the SBS drama Glorious Day. He went on to MC SBS MTV’s The Show in 2015, and was cast in his first lead role later that year in KBS2’s action-romance drama Moorim School: Saga of the Brave. He has also starred in a line up of Korean TV shows and films including the romantic comedy drama Witch’s Love, and mystery thriller The Smile Has Left Your Eyes.