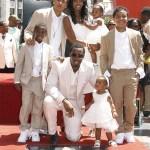 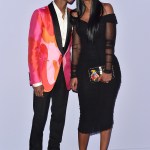 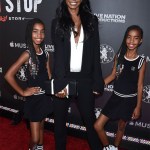 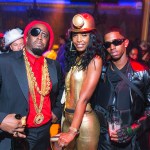 Diddy’s 22-year-old son, Christian Combs, alleged that he had been ‘hit by a drunk driver’ and left with ‘scars.’

Thankfully, Christian Combs is okay. Sean “Diddy” Comb’s 22-year-old son claimed that he was “hit by a drunk driver” on Tuesday night, Aug. 4, after TMZ initially reported that Christian “got smoked in his Ferrari by a Tesla” in Beverly Hills. HollywoodLife also spoke with the Beverly Hills police information officer, who told us that the “driver of the Tesla was arrested for DUI [driving under the influence]” and that there is now “a pending investigation that will encompass the primary collision factor (PCF).”

IM GOOD !!! Thank you GOD🙏🙏 thank you to everybody who reached out! Last night was crazy seen my life flash before my eyes !! I was hit by a drunk driver ! Everybody out there do not DRINK AND DRIVE Thank GOD I walked out ALIVE 💫💫 now back in the stu!!

However, Christian — who also goes by King — didn’t emerge from the scene totally unscathed. Christian shared a close-up photo of his face a day after the reported incident, which was covered by a large band-aid that stretched across from the singer’s left eye to chin. He explained the injury in his Instagram caption, which he kept optimistic.

“M GOOD !!! Thank you GOD[prayer hand emojis] thank you to everybody who reached out! Last night was crazy seen my life flash before my eyes !! I was hit by a drunk driver !,” Christian admitted. He continued, “Everybody out there do not DRINK AND DRIVE Thank GOD I walked out with just a couple little scars…now back in the stu!!”

Just three days before the alleged incident, Christian paid tribute to someone he has lost: his beloved mother, Kim Porter. Diddy’s ex-girlfriend suddenly passed away from pneumonia at 47 years old in Nov. 2018, and Christian shared a throwback photo of the actress cuddling with her son as a child. “I Love you and I miss you so much mommy I know you in heaven shining down on me,” Christian wrote in the caption, just a few months before Kim’s two-year death anniversary. In addition to Christian, Diddy shared twins Jessie James and D’Lila Star, who are now 13 years old, with Kim.