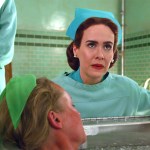 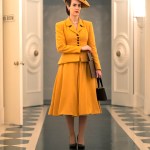 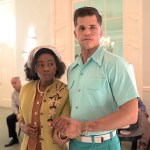 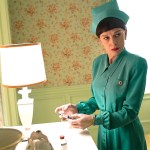 The wicked Nurse Ratched from ‘One Flew Over the Cuckoo’s Nest’ is getting one heck of an origin story. Sarah Paulson tells the infamous nurse’s story in the new Netflix series ‘Ratched.’

Is there anything Sarah Paulson can’t do? The answer is no. The Emmy winner takes on the iconic role of Nurse Ratched in the new Netflix series Ratched, which debuts Sept. 18. The world best knows Nurse Ratched as the evil nurse from the 1975 film One Flew Over the Cuckoo’s Nest. Ratched is giving the character, originally played by Louise Fletcher, some much-needed backstory.

Nurse Ratched comes to a leading psychiatric hospital in Lucia, California, where new and unsettling experiments have begun on the human mind. Right away, she makes her presence known. “You have been subjected to enough pain, but you deserve someone to show you mercy. How different I would be if someone had,” she says to one patient.

Tensions rise in the hospital right away. Nurse Ratched is not exactly the friendliest person. At one point, Nurse Ratched and a fellow nurse get into a fight over a peach. Yes, a peach. Nurse Ratched doesn’t have to do or say much to scare people. Her words hold immense power, as do her hands. Seriously, just give Sarah all the awards now!

The trailer ends with the head of the hospital wishing he’d never let Nurse Ratched into the hospital. “Letting me into this hospital is the best decision you ever made,” she quickly claps back. It’s Nurse Ratched’s way or the highway.

Nurse Ratched’s intentions aren’t pure, though. She arrives at the hospital on a mission, and she’s always thinking one step ahead. Beneath her stylish clothes are terrific bedside manner, a growing darkness has been smoldering inside of her. She’s got secrets. Big ones.