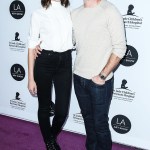 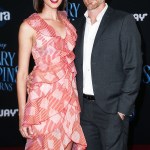 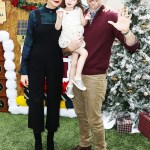 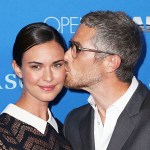 They’re back! Dave Annable and Odette Annable revealed that they’ve reconciled 10 months after separating, with a cute PDA pic on Instagram. How romantic!

It’s official! Dave Annable and his wife, Odette Annable, are back together and going strong. The What/If star, 40, confirmed the news with an adorable PDA photo on Instagram, posted August 3. The photo, which you can see below, shows Dave kissing the Supergirl star, 35, deeply while they sit on the beach. If their relationship status wasn’t clear enough from that, he captioned the post, “2020. It ain’t all bad news. #TheAnnables.”

Odette posted the same photo with the same caption to her own Instagram account. Dave joked in the comments that “my post is better.” The couple, who married in 2010, announced that they were separating in October 2019. They released a joint statement at the time, writing, that their four-year-old daughter, Charlie Annable, was “our primary concern and we remain committed to co-parenting her together.”

Two months after calling it quits, Odette shared a photo of a building on Instagram that had the quote “I know everything happens for a reason, but what the f**k” on its side. She captioned the post, “I am incredibly grateful for the last 10 years. They were the best of times and the worst of times. They shaped me, I grew. My goal for the new decade, in addition to promising myself to never stop learning and growing, is to try to be the best version of myself.”

Ten months after their split, they’re back and better than ever. Fans knew that something was up when Dave and Odette revealed in April that they were quarantining together during the COVID-19 crisis with Charlie. They were together during a friend’s virtual birthday party and at a virtual Passover dinner.