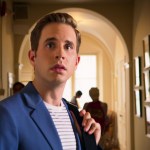 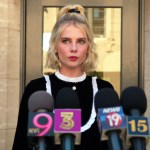 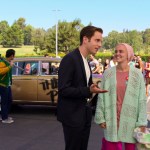 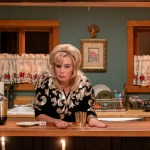 McAfee Westbrook’s colorful and oversized suits are staples on Netflix’s The Politician, and in the recent season 2, they were as extra as ever. Who can forget the bubblegum pink ASOS double-breasted suit with her retro aviator glasses? Or her yellow oversized Acne Studios blur striped blazer and trousers? But of course, there’s the fan-favorite neon green Rachel Comey suit from Season 1 that cemented McAfee as a style icon.

When speaking to HollywoodLife.com, actress Laura Dreyfuss revealed that McAfee’s style inspiration comes from both her personal expression and political icon Gloria Steinem. “I think her style says a lot about who she is. I always envisioned her having an entire closet full of perfect suits,” Laura admitted in an EXCLUSIVE interview with HL. “They’re not even tailored, which is really fun. I would have some suits where they would measure the wrist length and then most of the time the costume designers Claire and Lily would say they don’t want to do too much with it because McAfee just kind of goes and throws things on, and there’s a carelessness about it.”

She continued, “I love how her hair is always messy, but at the same time, everything’s very monochromatic and there’s a uniform to it. It really speaks to how hard she works. She doesn’t have the time to be thinking about assembling a dress and and I love that there’s femininity in the power of a power suit.”

McAfee’s work ethic and ambition does resemble the other style icon Laura referred to, which is a young Gloria Steinem. “The long hair, the suits, the like pastels, I think that McAfee emulates that style, but also her drive. The drive of being a woman in politics and trying to create a better world and knowing her lane, knowing where she fits and really staying there and going for it,” she said.

When it comes to her unrelenting focus and loyalty to Payton (Ben Platt), Laura said she believes McAfee is the most loyal member of the young politician’s troupe. “I think she’s the most ambitious and most focused,” she revealed. “She’s very willing to take any risk to get to that goal. She is hyper-focused on that goal. I think that ambition linked with that intense hyper-focus is definitely one of the unique qualities that separates her from the rest.”

That drive will certainly come in handy as the gang makes their way to Washington, DC in what will hopefully be a season 3 of Ryan Murphy‘s The Politician! Be sure to binge watch season 1 and season 2 on Netflix if you haven’t already!