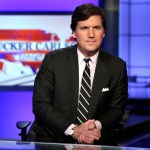 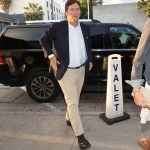 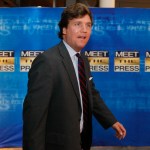 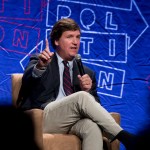 Jennifer Eckhart delivered an emotional interview about her time at Fox News and its former ‘America’s Newsroom’ host, Ed Henry, whom she had accused of violent rape. Cathy Areu, Eckhart’s co-plaintiff in her lawsuit, also came forward to talk.

Jennifer Eckhart, a former associate producer of Fox Business Network, has given her first interview after filing a lawsuit against Fox News and accusing its recently fired host and former White House Correspondent, Ed Henry, of violent rape. The lawsuit, which she filed with former Fox News guest Cathy Areu on July 20, also made accusations of sexual harassment, gender discrimination, retaliation and promoting a hostile work environment against a number of top hosts: Sean Hannity, Tucker Carlson and Howard Kurtz. Now, Eckhart is ready to share her side of the story outside of court documents.

“I think it’s safe to say that I was paralyzed by fear when I was working there [at Fox News Network]. I don’t know how you could continue to cultivate and foster an environment that rewards sexual predators consistently year after year,” Eckhart emotionally told CBS This Morning on a July 21 segment. Areu was also interviewed, who said, “I kind of got numb to it. I thought it was perfectly fine to receive pornographic images and gifts. I thought that was normal for a male anchor to do.” In the lawsuit, Areu alleged that Henry sent her “wildly inappropriate sexual images and messages.” Four years before this lawsuit surfaced, multiple women also came forward with sexual harassment allegations against Fox News’ former CEO, Roger Ailes (he died in 2017).

Eckhart began working for Fox News Network in 2013 as a freelance administrative assistant, and eventually moved up the ladder to become an associate producer on Fox Business Network. But in the second page of her lawsuit, reviewed by HollywoodLife, Eckhart alleged that her colleague Henry (the former co-host of America’s Newsroom) “preyed upon, manipulated and groomed” Eckhart which she alleged began happening when she was 24 years old. Henry is now 49 years old, and has a wife, Shirley Henry.

“After we met and we had our photo taken together, he messaged me, ‘Wow, you are way more beautiful in person,'” Eckhart continued during her conversation with CBS This Morning correspondent Jericka Duncan. “As a 24-year-old girl, when the chief White House correspondent follows you on Twitter, you, you know, you get stars in your eyes.”

“I felt that [Henry] had the power to derail me, to destroy me, to ruin my career. And, I just, I didn’t have a voice until now,” Eckhart added, her voice growing noticeably shaky. Her words mimicked those found in her lawsuit, in which she accused the senior news personality of allegedly “exerting his abuse of power over her and her career” and asking her “to be his ‘sex slave’ and his ‘little whore,’ and threatened punishment and retaliation if Ms. Eckhart did not comply with his sexual demands.”

In the lawsuit, it was further alleged that Eckhart’s counsel told Fox News about Eckhart’s allegations that Henry “groomed, psychologically manipulated and coerced Ms. Eckhart into having a sexual relationship with him, and that, when she would not comply voluntarily, he sexually assaulted her on office property.” This included the most headline-making allegation from the lawsuit, which alleged that Eckhart’s attorney also told Fox News of Eckhart’s allegation that Henry “raped her at a hotel where Fox News frequently lodged its visiting employees” and that she was “violently raped while helpless and restrained in metal handcuffs” by Henry, while he allegedly “preformed sadistic acts on her without her consent that left her injured, bruised and battered with bloody wrists.”

Henry has already denied Eckhart’s allegations through his lawyer. On the same day the lawsuit was filed, HollywoodLife reached out to his attorney Catherine M. Foti who rebutted Eckhart’s accusations in this statement: “The Me Too movement has helped to bring to light a number of injustices in our society, and everyone that has suffered deserves to be heard. This is not one of those cases. The evidence in this case will demonstrate that Ms. Eckhart initiated and completely encouraged a consensual relationship. Ed Henry looks forward to presenting actual facts and evidence, which will contradict the fictional accounts contained in the complaint. That evidence includes graphic photos and other aggressively suggestive communications that Ms. Eckhart sent to Mr. Henry.”

Fox News also issued a statement to HollywoodLife, addressing the fact that the network terminated Henry in response to Eckhart’s “claims” on July 1 (however, Fox News adamantly denied Areu’s accusations). “Based on the findings of a comprehensive independent investigation conducted by an outside law firm, including interviews with numerous eyewitnesses, we have determined that all of Cathy Areu’s claims against FOX News, including its management as well as its hosts Tucker Carlson, Sean Hannity & Howard Kurtz and its contributor Gianno Caldwell, are false, patently frivolous and utterly devoid of any merit,” read the statement.

Fox News’ statement continued, “We take all claims of harassment, misconduct and retaliation seriously, promptly investigating them and taking immediate action as needed — in this case, the appropriate action based on our investigation is to defend vigorously against these baseless allegations. Ms. Areu and Jennifer Eckhart can pursue their claims against Ed Henry directly with him, as FOX News already took swift action as soon as it learned of Ms. Eckhart’s claims on June 25 and Mr. Henry is no longer employed by the network.”

HollywoodLife had also reached out to Jennifer Eckhart and Cathy Areu’s lawyers for a statement, but did not hear back.