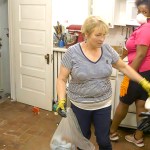 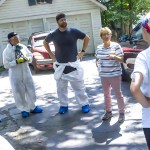 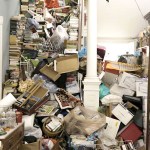 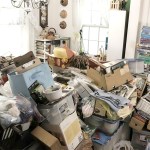 ‘Hoarders’ returns for season 11 on July 20. HL has an EXCLUSIVE preview of the premiere featuring a hoarder named Carol. She is totally defiant to changing her ways, even if it meant helping someone she loves.

The season 11 premiere of Hoarders focuses on Carol and Dave. Their house is in disarray due to Carol’s hoarding problem. “It is a beautiful house and right now it’s in chaos,” Carol says in this EXCLUSIVE preview. Dave admits that “sad is the condition of my house. Carol brings things in, but very little of it leaves.”

Even though Carol needs help with her hoarding problem, she’s not looking for help. “You know what? I don’t give a f**king rat’s ass. I don’t owe anybody anything, and that includes Dave,” she confesses in the trailer.

She is supposed to be taking care of Dave, and her family isn’t happy about how she can’t really do that because of the hoarding. One of her family members says that he “despises her” for not putting Dave first. “At this point, I don’t even care. That’s how I feel,” she says.

When the cleaning process begins, Carol puts up a fight. She tells someone to “keep her out of my face.” When one of her family members tells Carol that they’re throwing something away, she snips, “Don’t you touch it or I’ll slap your face off.”

The synopsis for the show reads: “Returning for its 11th season, the Emmy-nominated and Critics Choice Television Award-winning series, Hoarders, features a team of experts working to tackle some of the biggest, most extreme, and most challenging hoards in America. Over the course of the season, viewers are introduced to eight individuals from across the country as the team of experts race against the clock to avert crises ranging from jail time to financial ruin and loss of property. Each two-hour episode takes an emotional, in-depth look at how both the team and families deal with a hoarding crisis of epic magnitude.” Hoarders airs Mondays at 8 p.m. on A&E.