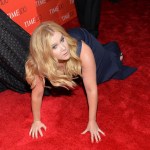 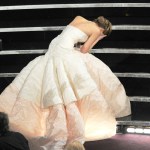 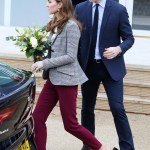 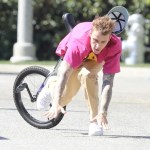 Pauly D’s security camera is always watching! The ‘Jersey Shore’ star shared a funny clip of himself watering his plants, before falling backwards into the garden.

Pauly D may be the king of pulling pranks, but this time, the only victim of the epic fail was himself! The Revenge Prank with DJ Pauly D & Vinny Guadagnino star took to Instagram on July 18 to share footage captured by the security cameras in his backyard. “How’s Ur 2020 Going They Asked Me……,” the Jersey Shore star captioned the clip. In the video, Pauly is using a hose to water the plants in the backyard of his Las Vegas house, and as he walks backwards the DJ trips over a step. He goes flying and lands squarely on his backside — all within the field of vision of the cameras.

One follower hilariously commented, “Got into an entanglement with the hose I see,” referencing the recent Will Smith and Jada Pinkett-Smith drama. However, the video didn’t stop there. As Pauly D sat up and tried to compose himself, he accidentally sat on the water hose, and proceeded to spray himself in the face with water. “The hose sprayed you after, adding insult to injury,” one fan commented.

Former Jersey Shore co-star Snooki also wrote, “The hose in the face,” with a skull and bones emoji, while Vinny Guadagnino commented, “Dawg, u trippin.” Hundreds of other fans also jumped into the comments section to drop laugh crying emojis in response to his hilarious fall.

He cut quite a different figure back in may when he turned up in a suit to DJ and celebrate a virtual prom on his appearance on Live with Kelly and Ryan. The show was having a special episode in honor of all the students who weren’t able to have an in-person prom due to quarantine and the Jersey Shore star shared a video clip of himself looking as handsome as ever for the fun gig. In the clip, he can be seen showing off a black blazer over a white button-down shirt and a black and white checkered tie.