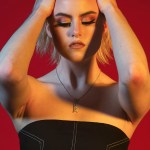 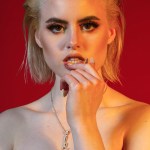 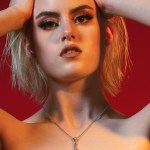 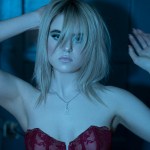 What happens when you’re still in love with someone you shouldn’t be in love with? Singer Kiiara asks this in her new jam, and she shares some EXCLUSIVE info about the inspiration behind ‘I Still Do.’

Some of the greatest songs are about having feelings for the absolutely wrong person. Taylor Swift’s “I Knew You Were Trouble.” The Buzzcocks’ “Ever Fallen In Love (With Someone You Shouldn’t’ ve).” Post Malone’s “Better Now.” Actually, it appears a lot of great songs are about how love gets complicated, especially – in the case of Kiiara’s “I Still Do” – when you find yourself still feel something for your ex. “I’ve been looking through your pictures, but I had to check them through my friend’s phone / I’m reminded that I don’t miss you / since you blocked me / two years ago” sings Kiiara, delivering this incredibly clever verse at the start of this certifiable bop. However, it’s a case of the lady doth protest too much, because ultimately, she asks, “How did I ever love you / and how come I still do?”

“To me, ‘I Still Do’ is about questioning why you still to this day have love for someone despite the situation or circumstance,” Kiiara tells HollywoodLife EXCLUSIVELY. “Even though things didn’t work out, I still care about this person and always will. I guess it’s just who I am. When I get to know someone, I can’t help but care about them, and I’ve noticed that sometimes I care a little too much. But the truth is I always will and still do.”

Kiiara has become somewhat of an expert when it comes to the matter of the heart – and, in the case of her 2019 single, matters of the mouth. He song “Open My Mouth” was “kind of me letting everyone in on who I really am,” she said when speaking EXCLUSIVELY with HollywoodLife. “Like when I open my mouth, I like f-ck sh-t up. You know? I’ll make stuff really awkward and don’t mean to. So, when I’m destroying the runway, ripping the flowers, throwing them. It’s like what I’ve bottled up inside, you know.”

Born Kiara Saulters, the Wilmington, Illinois native first left jaws dropped and hearts soaring with her 2015 single, “Gold.” The track – which many heard as the soundtrack to an Apple Watch commercial – reached No. 13 on the Billboard Hot 100. She dropped her debut EP, Low Kii Savage, in 2016, and in 2017, she collaborated with Linkin Park for their single, “Heavy.” Following Chester Bennington’s tragic death, she performed the song at the Panorama Festival in tribute to him. “I don’t know what to say, and there’s nothing really to say to make it better, but these next two songs are for Chester.”

Since then, she’s been prepping her highly-anticipated debut album. “I Still Do” follows her latest singles, “Bi-Polar,” and the previously mentioned “Open My Mouth.”