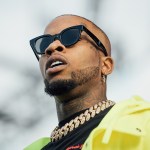 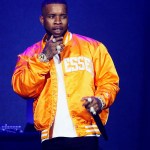 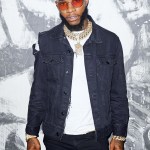 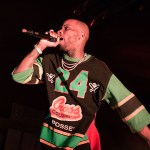 Kylie Jenner partied with Megan Thee Stallion and Tory Lanez hours before his arrest and HollywoodLife has EXCLUSIVE details about how the reality star learned of the incident.

Kylie Jenner, 22, found out about the dramatic incident surrounding Tory Lanez & Megan Thee Stallion just like “everyone else”. The 22-year-old makeup mogul was hanging out at a pool party in the Hollywood Hills with Tory, 27, and Megan, 25, just hours before the Canadian rapper was arrested for carrying a concealed weapon in the early morning hours of July 12. A source spoke EXCLUSIVELY with HollywoodLife and explained that the reality star had nothing to do with the altercation which also left Megan to be treated at a hospital after she injured her foot on some broken glass.

“Kylie was hanging out with Megan and Tory hours before the whole incident happened, but she was not in the car with them and didn’t even find out about it until everyone else did in the news,” the friend explained. Before Tory’s arrest, Megan took to Instagram and went live alongside the Keeping Up With the Kardashians star. Kylie could be seen flashing the peace sign while the beauties relaxed in a luxurious pool.

The incident started after an alleged argument involving the rapper broke out outside the home and authorities were called to the party’s location at around 4:30 a.m., according to the police report. We previously reported that witnesses alleged shots were fired in the air before an SUV in the same area sped off. After police received a description of the vehicle, law enforcement located the car and found Tory and Megan inside, along with another unidentified woman and a gun.

As the “Hot Girl Summer” singer was taken to the hospital because of her injury, Tory was arrested and booked for carrying a concealed weapon in a vehicle, which is considered a felony. He was released a few hours later after posting $35K bail and police listed Megan as a “victim” of the incident. It was also reported that four shell casings were found by police outside of the Hollywood Hills home, however, HollywoodLife was not able to confirm that detail.

Meanwhile, Megan and Tory have sparked rumors of a romance in recent months after the VMA winner appeared in the background of a clip Tory posted to his Instagram on May 21. Megan was dressed in a bright yellow bikini as she tried to balance a glass of wine on her head. Although many fans were quick to shut down whispers of a possible romance at the time, the two rappers may be stirring up the rumor mill after their latest rendezvous!