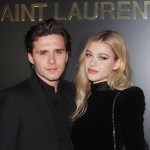 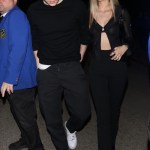 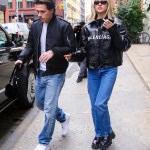 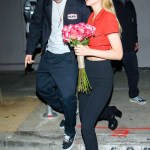 David and Victoria Beckham’s eldest son Brooklyn has grown up before our very eyes! It’s hard to believe he’s already 21 years old and is set to marry Nicola Peltz.

Brooklyn Beckham, 21, has been in the public eye from the day he was born. Many would remember when the eldest son of David Beckham and Victoria Beckham was just a toddler attending his mom’s Spice Girls concerts and his dad’s football games! So it’s hard to believe the hunky model is totally grown up — and is now engaged to his girlfriend Nicola Peltz. Brooklyn popped the question in June 2020, and announced that he was officially off the market on July 11. Here’s 5 things to know about the heartthrob!

1. Brooklyn and Nicola were first linked in late 2019. The pair were spotted together leaving The Nice Guy restaurant in West Hollywood on Oct. 28 following a Halloween-themed party. They were also seen leaving Leonardo DiCaprio‘s Halloween party one day earlier on Oct. 27. Apparently one of their New Year’s resolutions was to finally come out as a couple, as they simultaneously dropped IG photos together on Jan. 2, confirming their relationship status.

2. He announced their engagement with a photo taken by his baby sis Harper. The 21-year-old broke the good news with a romantic photo of himself caressing the Transformers star, whose emerald-cut diamond ring was prominent on her ring finger. “Two weeks ago I asked my soulmate to marry me and she said yes xx I am the luckiest man in the world,” he captioned the pic. “I promise to be the best husband and the best daddy one day. I love you baby.”

3. Brooklyn has dated other high-profile women. Brooklyn’s last high-profile romance was with model Hana Cross, 21, who he dated for nine months prior to their split in early 2019. He also dated actress Chloe Moretz before they split in 2018 amid cheating rumors. The pair dated on and off between 2015 and April of 2018.

4. He hasn’t been shy about PDA with Nicola. Both of their social media accounts in the months leading up to their engagement announcement have included photos of them acting in the most romantic ways with one another. Nicola posted a sweet pic of him giving her a huge smooch in May which came with quite the adorable caption. “I’m dating my best friend and that makes me so happy,” she wrote.