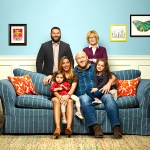 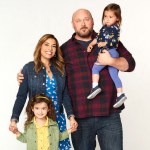 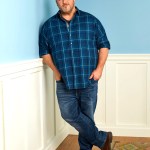 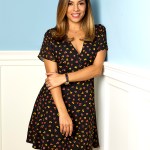 United We Fall is a new family sitcom that follows the trials and tribulations of Jo and Bill, parents of two young kids, as they try to make it day-to-day as a functioning family. “I think the best way to put it is it’s like the story of these two people who thought they had life figured out and were great at their jobs, and then they had kids and it was like their world blew up,” Christina Vidal Mitchell, who plays Jo, says in our EXCLUSIVE preview.

Juggling two little girls is not easy for anyone, no matter how long you’ve been together. “They’ve been together 10 years, and it seems like they’re always at the very best 7 minutes behind,” Will Sasso, who plays Bill, says. Christina adds, “At the end of the day, they love their kids. They’re committed to their kids, and so it just makes all their failures somehow OK.”

Each episode will show that when two people with young children and overzealous extended families truly love each other, barely anything is possible. “It just sneaks up on you, these very sweet moments with this family,” Christina reveals. United We Fall premieres July 15 at 8 p.m. and will continue airing Wednesdays on ABC.