“I can’t give you an exact description of my sound, but the vibe of this EP is a fusion of R&B and Pop,” Elliott Trent tells HollywoodLife when describing his new project, Into The Night. The 6-song EP, according to the Columbus, Ohio-native, reflects his influences, “a mix of all the music I’ve grown up listening to, across a wide variety of genres.” That depth is instantly recognized from the moment you hit play. “No Vacancy” reflects the current moment in R&B and mixes in some funky brass on the chorus. “One Friend” has a deep, steamy groove that would make anyone bump and grind. The lead single, “Motions,” is a neon-colored, synth-powered jam that will be on many a summer playlist.

After all, odds are that music fans have already put one of Elliott’s tracks on repeat. For the past four years, he’s worked behind the scenes, writing and producing R&B and hip-hop chart-toppers. His handiwork can be heard on Kehlani‘s “Nights Like This,” on Chris Brown‘s “Flashbacks,” and Trippie Redd’s “Love Scars.” He also wrote five out of the eight songs on Usher‘s 2018 project, A. After accumulating over 500 million streams with his music, Elliott’s stepping out on his own with this new project.

Elliott – a featured Discovered On Apple Music artist – talked with HollywoodLife about his new project, why it’s best to listen to Into The Night after the sun has set, and more. 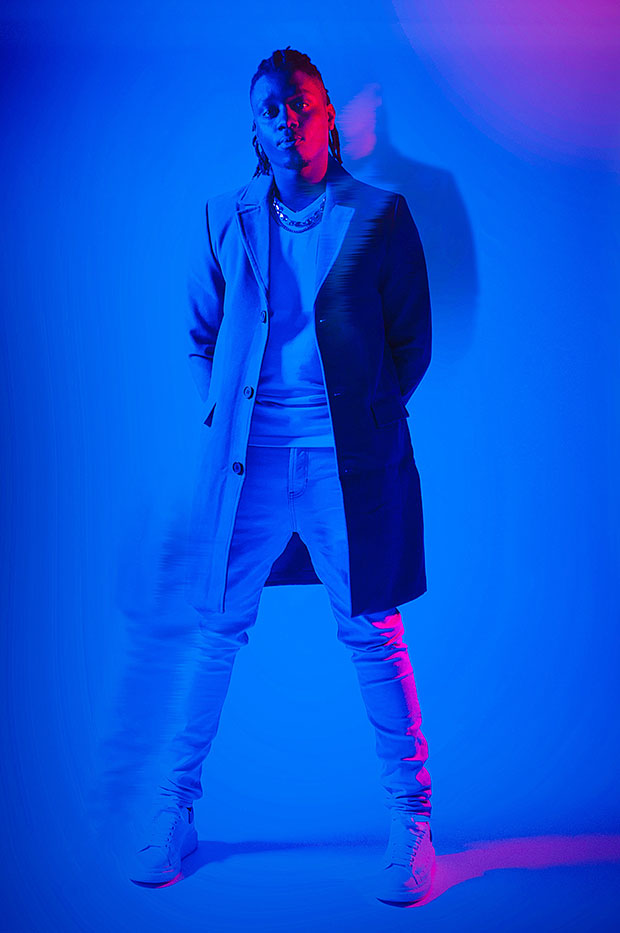 HollywoodLife: What is one of your favorite moments on Into The Night? Is there a particular beat that took extra time to get right? Or a vocal performance you’re particularly proud of?

Elliott Trent: The creative process for each song was different. Some were made quickly, and others took a little bit longer. They were each recorded in a different studio and environment, so I don’t really have one favorite moment since each moment felt eventful given the process.

Related: ‘Black Panther 2’: The New Trailer & Everything Else You Need To Know

Not to put you in a box, but how would you describe your sound?

I can’t give you an exact description of my sound, but the vibe of this EP is a fusion of R&B and Pop that’s influenced by a mix of all the music I’ve grown up listening to across a wide variety of genres. On the production side, I experiment a lot with different sounds and allow the flow of the music and whatever feels good in the moment to take my sound to where it ultimately lands.

Some albums work better at different times of the day – energetic vibes for early morning, lazy grooves for late afternoon – and with a title like Into The Night, it sounds like this EP is meant for when the sun goes down. Do you intentionally write music for after hours, or did this kinda…happen?

This honestly kinda happened with this project. I had a list of songs I needed to narrow down into an EP. I tried listening to different combinations while driving and realized these songs vibed together the most. Especially at night. So I titled my project Into The Night. I never thought of naming a project or creating music based on a time of day before. I think I’ll try doing that one of these days.

July 6 marked your birthday. First off, Happy Birthday. COVID-19 has kind of put birthday parties on hold for 2020 – but, what you describe as your perfect Birthday party?

Thank you! Honestly, I never do anything super big for my birthday, and I typically like to keep things minimal. This year I vibed with the homies, my family, and kids. Socially distanced, of course. With COVID-19 running rampant, the perfect birthday party this year to me consisted of being thankful for good health and being able to safely see and spend time with a few people that I care about and who care about me. What can I say? I’m a simple guy.

Into The Night is out now.