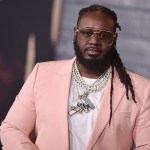 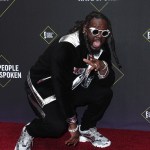 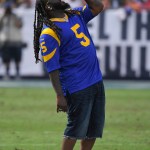 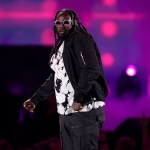 Three skilled DJs are about to remix their careers to the next level. T-Pain has teamed up with BPM Supreme to launch the ‘Wake Up Dead’ contest, and he tells us EXCLUSIVELY how to make a remix ‘magical.’

If there’s anyone who knows how to make a good – scratch that, a great remix, it’s T-Pain. The multi-platinum rapper, producer, and winner of the first season of The Masked Singer knows a thing or two about unlocking a song’s hidden potential. Whether he’s dropping a few bars on another artists’ song (“All I Do Is Win,” “Rockstar”) or flipping the script on his own music, T-pain knows how incredible a remix could be. “I hate most when people feel like ‘if you do the original right, you don’t need a remix,’ “T-Pain tells HollywoodLife EXCLUSIVELY, “because 1) there is no ‘right.’ People have different tastes, and it’s always magical to hear a good song over your preferred style of music.”

It’s that kind of knowledge which led BPM Supreme, the leading music delivery service for professional DJs, to partner with T-Pain for the “Wake Up Dead” Remix Contest. Beginning on July 8 at 6pm EST, DJs and producers will have a chance to submit their remix of T-Pain’s latest hit single, “Wake Up Dead,” featuring Chris Brown. The contest will accept submissions until Aug. 16, 2020, and on Aug. 22, T-Pain will announce the three winners during a free livestream event on BPM Supreme’s platform, BPM TV.

This livestream will also go hand-in-hand with the official launch of BPM Supreme’s new service, BPM Create. The winning contestants will have their remixes officially released on T-Pain’s Nappy Boy Entertainment, and they’ll also win prizes from Roland, Artiphon, and Audionamix. For details, head to bpmsupreme.com/wakeupdeadremix.

“We are thrilled to introduce a way for our DJ and producer community to show off their skills and have their work heard by a legacy artist such as T-Pain,” BPM Supreme CEO and founder Angel “AROCK” Castillo said in a statement about the contest. “BPM Supreme was created upon the basic principle of musical freedom and creativity, and this is another way of continually creating opportunities for our close-knit community.”

Both T-Pain and Angel spoke with HollywoodLife about what makes for a good remix, their thoughts on Lil Nas X remixing his way into the record books, and which remix they prefer over the original song.

T-Pain: The first remix that made me understand what it took to drive the point home was “Lights, camera, action” remix by Mr. Cheeks. Just a simple addition to the music in the hook and some new features and boom.

Angel “AROCK” Castillo: I’d say a more recent track actually: Imanbek Remix of “Roses” (by SAINt JHN). This remix really shows the power of crossover tracks and how a good remix can make a song blow up. Imanbek is just a young kid from Europe, and now that remix has put him on the map and brought more attention to the original track. It proved how a remix can allow for exposure within a whole new audience and market.

Another remix that comes to mind is “5 More Hours” by Deorro featuring Chris Brown. Once the original track was remixed (originally titled “5 Hours”) and Chris Brown was added as a feature, the song’s popularity grew more and more. From a business standpoint, it’s smart to spin a track into a new genre, and it can explode the record if it is done right.

What do you think is the biggest misconception about remixes/remixing?

T-Pain: I hate most when people feel like “if you do the original right, you don’t need a remix” because  1) there is no “right.” People have different tastes, and it’s always magical to hear a good song over your preferred style of music

AROCK: I think the biggest misconception is that a remix will damage a track’s reputation or that editing a song can diminish the quality. A remix can expose a song to more listeners than before and only benefits the artist.

What makes for a good remix? For those who are starting out or taking a shot at this “Wake Up Dead” contest, what’s the advice you would give them, so they don’t just make a bunch of noise?

T-Pain: I think you need to really pay attention to the lyrics of the song and make people feel those lyrics. Lyrics tell a story, give a mood, paint a picture — the beat of the song should do the exact same. If you think about a story, there are always 2 sides to it (if not more). The original song can tell one side of the story while the remix tells another side of the story.

AROCK: From a business standpoint, a remix can help you work a record in another sector of the industry. But I think the best approach to making a remix is to fill in any gaps where you think the song is lacking, or just add creativity overall.

On the flip side, what’s a common mistake that people make when producing not-so-successful remixes?

T-Pain: Aw, man. When producers try to fit in more than one remix at a time. Like, three beat changes and artists from different genres trying to make it work. Makes me shutter.

AROCK: A common mistake is not considering the audience you are making a remix for or not adding creativity to the right section of the song. When you remix an original song, there should be a need for it and a purpose behind the remix, whether it is to open up exposure to a new genre like dance or trap, or to add energy to a specific part of the song.

When talking about remixes, one can’t leave out Lil Nas X. What made Lil Nas X so good at that remix game?

T-Pain: Lil Nas X is a beast at picking unexpected features, and that’s really all it takes when you have a hit song that’s already thriving. People always want to hear their favorite artists on a hit song, even if it’s a bad match, they don’t care [laughs].

AROCK: It all comes down to having a purpose while creating a remix. With the right creative process or by adding other relevant artists, you can easily garner a bigger audience.

i did not make 27 remixes to the same song to be disrespected like this https://t.co/h8x9ma6cUQ

Finally, art is subject, and music is art – so don’t be afraid of hurting anyone’s feelings with this, but – is there a song where you prefer the remix over the original?

T-Pain: That is a tough question, but I think one of the best remixes out there right now – SAINt JHN- “Roses” remix, it’s super fire. The crazier thing is I heard the remix before I heard the original, so I thought that was the original [laughs]. I mean, that being said, I thought the original was great as well. They just give you two different feels, so it really depends on what type of mood you want to be in.

AROCK: I prefer the Imanbek Remix of “Roses” over the original for sure. [laughs]