Khloe Kardashian, 36, has impeccable style so it’s no big shock that her daughter True Thompson is already a mini-fashionista. On July 7 the Keeping Up with the Kardashians star shared some adorable pics to her Instagram stories of True celebrating July 4th at the family’s annual holiday party and the tot’s style is totally enviable.

In the snaps, shared to a fan site, the toddler is rocking a pair of cutoff denim shorts with red detailing, a white tank top and white sneakers with white socks. Although it was subtle, True was rocking red, white and blue for the patriotic party.

It’s clear that Khloe loves to dress her daughter in the latest styles. Just last week at her 36th birthday party on June 27 they wore dresses made out of the exact same gold fabric. The mother daughter duo weren’t quite as coordinated for the Independence Day party, but Khloe did stay in sync with True by keep her look equally casual — opting for a long white button-down shirt and white leggings. 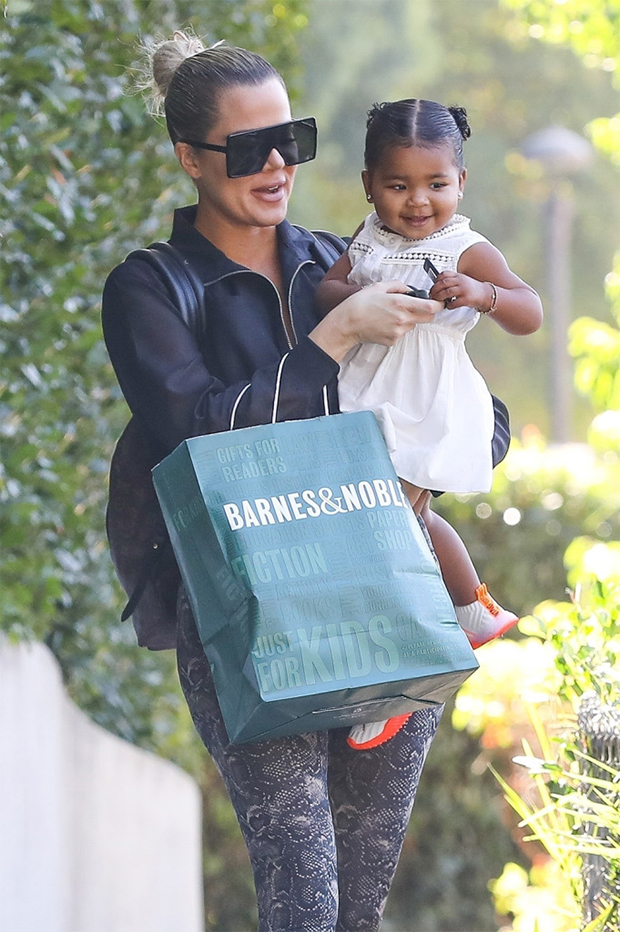 In years past the Kardashians have all taken turns hosting lavish July 4th parties, but this year they left the hosting duties to Tristan Thompson, 29. However, Khloe made it clear in her Instagram stories on July 7 that she had a hand in planning the party. Not only did she tag various vendors in her pics she also thanked @chefkla for “always creating such festive and yummy parties with us.”

Khloe’s mother Kris Jenner, 64, her sister Kourtney Kardashian, 41, and her brother Rob Kardashian, 33, joined in for the party — along with a select group of friends. Two days after the party a photo of the father of one was shared to Instagram (seen here) and it was clear he was having a great time. The rarely seen reality star is pictured smiling wide in the photobooth-style snap and is surrounded by friends, including Designer/clothier Warren Lotas, Australian singer Parnia Porsche (also a Wild N’ Out model), Savas Oguz and another unnamed male friend.

Khloe also shared a snap from the photo-booth at the party and her shot featured Rob too. In the pic Rob is all smiles again and this time he’s flanked by Khloe and her BFF Malika Haqq, 37. Khloe captioned the pic with three blue heart emojis. And Malika referenced the longtime bond between them all by writing “together forever” in the comments section.

Khloe, Malika and Rob have been good friends for over a decade and now that they all have kids of their own, they have even more to bond over — including group play dates with their little ones.