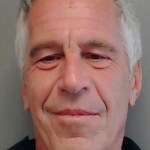 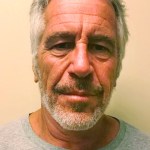 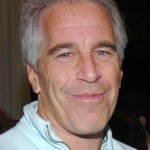 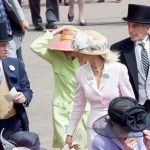 Jeffrey Epstein’s co-conspirator Ghislaine Maxwell was arrested by the FBI and hit with multiple charges in relation to conspiring to abuse minors.

Ghislaine Maxwell was arrested by the FBI in New Hampshire on July 2 on charges that she conspired with Jeffrey Epstein to sexually abuse minors. Her alleged crimes, which were detailed throughout Netflix’s new docu-series, Jeffrey Epstein: Filthy Rich, completely horrified viewers. However, New Hampshire based criminal attorney Tim Goulden told HollywoodLife that the British native might not have to serve time behind bars. “The federal justice system is all based on points. It has to do with the criminal background and her criminal history,” the Goulden Law Offices lawyer told us exclusively.

The 58-year-old was charged on multiple counts, including enticing a minor to travel to engage in illegal sex acts, transporting a minor with the intent to engage in criminal sexual activity, and perjury. Each of the charges carry maximum sentences between five and 10 years in prison. Tim said it was likely Ghislaine will hire private counsel, and could potentially be offered a plea deal. “Typically the federal system has what’s called a proffer, so if the prosecutors were interested in more high valued targets or more high valued defendants, she could potentially through counsel give a proffer to a US attorney in exchange for less of a sentence,” he explained.

A proffer is a presentation of excluded evidence. When a trial court makes a ruling that excludes evidence, the party seeking to present that evidence must make the substance of the excluded evidence known through a proffer. Tim said the case may lend itself to a plea deal. “I think because of the enormity of it, the amount of the charges, it lends itself to the thought if she has complicity in this, it would lend itself to a plea deal,” he told HL. “Epstein took a plea [before he died]. She must be scared to death because Epstein got killed while he was in prison so she must be scared if she’ll be protected or not.”
If she strikes a plea deal, she will serve less than the maximum sentence of nearly 30 years for all of the charges combined. In fact, Tim estimated that it could be as low as two to four years — if anything at all. “If she comes in and says ‘hey I did everything they said’ and you go to the prosecutor and they give you a full proffer and 24 months is the bottom line. 24 months to 48.”
Tim also said that all parties will need to be “especially careful” if the case goes to court so that she gets a fair jury. “[They] have to be especially careful about this case given its national exposure and who the parties are, and they have to be especially careful so that she gets a fair and partial jury so they’re not tainted by what they see in the media,” he said, adding that Jeffrey’s former friends, who were potentially involved in his criminal activities, should be worried. “I think anyone who was involved with Jeffrey Epstein in the scheme of these indictments, I think all of them should be worried, yes,” he said.