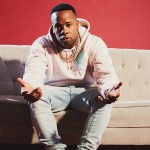 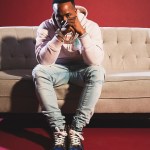 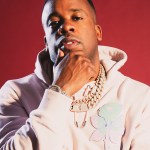 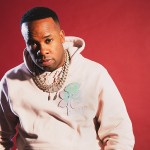 Rapper Yo Gotti looks unrecognizable in a new snap, showing off his 40 pound weight loss amid quarantine.

Yo Gotti has had a total quarantine transformation! The rapper, 39, surprised fans when he took to Instagram on July 1 to show off his new look. “40lbs down 40M’s Up #NoDaysOff #HealthIsWealth #SuperCMG,” he captioned the shirtless snap. In the pic, he stood in front of a turquoise sports car wearing nothing but sweaty grey gym shorts, high socks, and black sneakers.

The rapper looked away from the camera at something out of frame, as he proudly showed off his shirtless torso and declared he has “no days off” while on his fitness journey. Fans were quick to comment on how fantastic and healthy they thought he looked. “Been using this time to get his summer body together,” one follower wrote, while another commented, “Looking good bro.”

Earlier in the year, Yo Gotti sat down for an EXCLUSIVE interview with HollywoodLife, and told us his music is an “expression” of what he’s going through in life. “I think a lot of the things I’ve accomplished in the last year, year-and-a-half, and a lot of the experiences, the things I’ve been dealing with, those are the messages on this album,” he told HL in January. He also gave us the inside scoop on his latest album Untrapped which featured collabs with Lil Baby, (“Put A Date On It”), and a team-up with Megan Thee Stallion and Lil Uzi Vert (“Pose”).

“I also got a record with A Boogie Wit Da Hoodie that I think is going be a really, really dope record. I’ve got a record with Rick Ross that’s a dope record. Moneybagg Yo and Blac Youngsta, both dope records on the album. The material is crazy,” he said. Crazy is also a word that could be used to describe what happened between Gotti and Jay-Z during a Shawn Carter Charity Gala at the Seminole Hard Rock Hotel & Casino in November 2019. The event raised $6 million for charity with the help of a blackjack tournament, and Gotti contributed a huge chunk of that.

Gotti famously lost a $500k bet, and the bad break made Hova lose his mind. “To me, that was a five million dollar experience,” Gotti tells HollywoodLife, explaining that as a “kid from Memphis, Tennessee, to be on that platform, playing blackjack with Jay-Z … that’s a blessing within itself.”