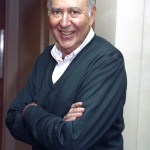 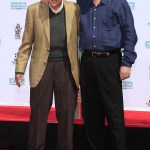 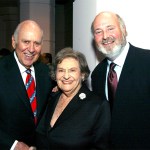 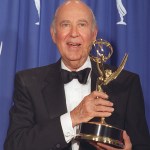 Following the sad passing of comedy legend Carl Reiner, fellow legend Betty White paid tribute to him, saying it was a ‘privilege’ to call him a friend.

“I loved Carl [Reiner] dearly,” Betty White, 98, said in a statement to HollywoodLife, following the news that Carl, 98, had passed away in his Beverly Hills home “[It was] a Privilege working with him…He was always fun to be with as he always had something funny in his head…..I am heartbroken.”

Though Carl and Betty played opposite each other on TV Land’s Hot In Cleveland, these two were close friends for decades. “I loved this girl since I first saw her on The Betty White Show,” Carl said to Entertainment Tonight in 2017, referencing either Betty’s 1954 talk show on NBC, or her radio show in 1949. Carl was instrumental, in a roundabout way, in Betty’s success. Her role as Sue Ann Nivens on The Mary Tyler Moore Show earned her a second and third Emmy award, and it was Carl’s sitcom, The Dick Van Dyke Show, that helped launch the career of Mary.

Even if Carl hadn’t created one of the most iconic shows of the Golden Age of Television, he and Betty would still be close friends. Betty was married Carl’s good friend, Allen Ludden, for 18 years. “I was under her husband’s command in the Pacific. Captain Allen Ludden was my captain,” Carl said at the time. “When he married this lovely lady, I said, ‘What a match!’ I consider her my captain-in-law.”

During their time on Hot In Cleveland, the two played lovers – a role Carl remembered fondly. “I actually kissed her on the mouth and enjoyed it.” “Not necessarily on camera,” Betty joked.

Carl died on Monday, June 29, while surrounded by his family. His assistant said that his death was due to natural causes. Following his passing, Carl’s Ocean’s Eleven costar George Clooney issued a statement, saying that Carl “made every room he walked into funnier, smarter, kinder. It all seemed so effortless. What an incredible gift he gave us all.”

Though younger fans will know Carl on the Ocean’s films, he will be remembered as a titan of television, and a comedy legend. From his work on Sid Caeser’s Show of Shows to his “2,000 Year Old Man” act with Mel Brooks to creating The Dick Van Dyke Show to directing Steve Martin’s comedy classic The Jerk, Carl’s influence on comedy cannot be understated. At the end of his life, he had won numerous honors, including nine Emmy Awards, a Grammy, and The Mark Twain Prize for American Humor.