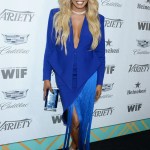 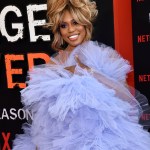 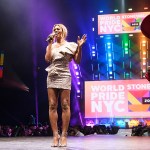 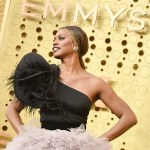 Laverne Cox opened up about trans visibility in the last 6 years, admitting that voices have been amplified, but ‘conditions’ of poor, working trans people ‘have not changed.’

Laverne Cox, 48, is blasting Donald Trump‘s administration for continuing to discriminate against the trans community. “There have been so many legislative attacks on trans folks and state legislatures all over the country,” Laverne said in an interview with Time Magazine for their annual Time 100 list. “And of course this administration has had this obsession with discriminating against trans people on a federal level…perhaps, we became even more targeted as marriage equality became the law of the land,” she added, referencing the current government and the Supreme Court’s historic 2015 ruling during Barack Obama‘s presidency.

“I think it may be that last one,” noting that shows including Transparent, OITNB and Sense 8 helped propel conversation. “We had an unprecedented level of visibility but the real lived experiences of a lot of trans folks and our day to day lives were not necessarily changed,” the Daytime Emmy Winner — who explored the topic in her Netflix documentary Disclosure — explained. “The tipping point has been with visibility and with our voices being amplified but I would argue that the material conditions particularly of poor working trans people have not significantly changed in the 6 years,” she also said.

Many stars — including Laverne — have been vocal on social media in recent weeks about protecting the rights of LGBTQ workers against discrimination. The Supreme Court ruled in favor on June 15, which Laverne applauded. “It’s a really beautiful thing that in the United States of America, we can affirm once more that it should be illegal to fire someone from their job simply for being who they are,” she said on The View the following day.