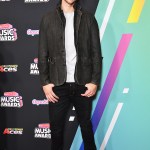 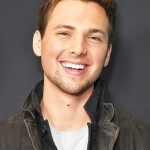 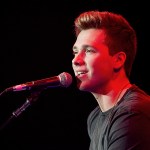 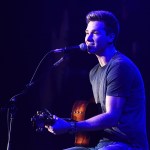 After feeling the pain of heartbreak on his previous single, country star Noah Schnacky returns with a mended heart and a revitalized take on how love is supposed to ‘feel’ like.

“Who Feels It, knows it,” sang Bob Marley and the Wailers, and Noah Schnacky certainly knows what it’s like to find true romance on his new song. In “Feels Like Love,” premiering here on HollywoodLife, the country music star crafts a joyous ode about when romance just goes right. Yes, sometimes, love can be a struggle, a battlefield, and a lot of hard work. But, as Noah captures in his high-energy romp of a track – one that expertly weaves together country twang, a hip-hop beat, and a rockin’ guitar solo – sometimes, love can be easy. “It feels like love / it feels like us / it feels like everything we wanted to be,” he sings. “If it feels like this / when we kiss / then that feeling’s all I ever need.”

” ‘Feels Like Love’ is everything I hope my 2020 summer will be. It’s about connecting with that special someone and making memories that’ll last a lifetime,” Noah tells HollywoodLife. “Feels Like Love” continues to showcase Noah’s knack for intimate, honest, and captivating songwriting shown in his previous singles. In May, he released “Comeback” and “Where’d You Go,” a pair of tracks inspired by his personal experience. “I was in a relationship for about a year,” Noah told HollywoodLife about “Comeback.” With his career taking off, he had to make a choice between his music or his relationship. He ultimately went with his career. “It was hard to let it go because there was no good reason to. I just got to the point where I had to decide between my career or giving the relationship the time it deserved.”

Noah is making sure to give his music the time it deserves, as he sees it as a possible way to deliver a greater sense of meaning to his peers. “”My generation feels disconnected,” he said in a statement. “There’s more connection through social media, but there’s more loneliness than ever before. I hope to be a part of the reason that goes away. … It’s so important to me that I’m as authentic and honest with my fans as possible. On the one hand, sharing this part of myself with them is terrifying, but on the other hand, it’s exciting.”

His fans have been more than eager for his authentic and honest voice. In the early stages of his career, he built a grassroots fanbase of half-a-million followers, and when he released his first official single — 2018’s “Hello Beautiful” – it crossed the one-million stream mark in just over a week. As of Summer 2020, it has more than 44 million plays on Spotify alone, while “Maybe We Will” and “I’ll Be The One” have racked up 22 and 11 million+ streams, respectively. It certainly “feels” like fans “love” Noah and can’t wait to put this new track on repeat throughout the next few months.