There’s only a select number of stars who go by only one name in Hollywood, and Solange is one of them! Today, June 24 marks the singer’s 34th birthday — though, she appears ageless on every red carpet she graces. So, age is simply at number at this point. Solange’s style is unmatched because of her fearless attitude when it comes selecting prints, patterns, silhouettes, accessories and beyond. Explore her most glamorous looks through the years by clicking through our attached gallery! 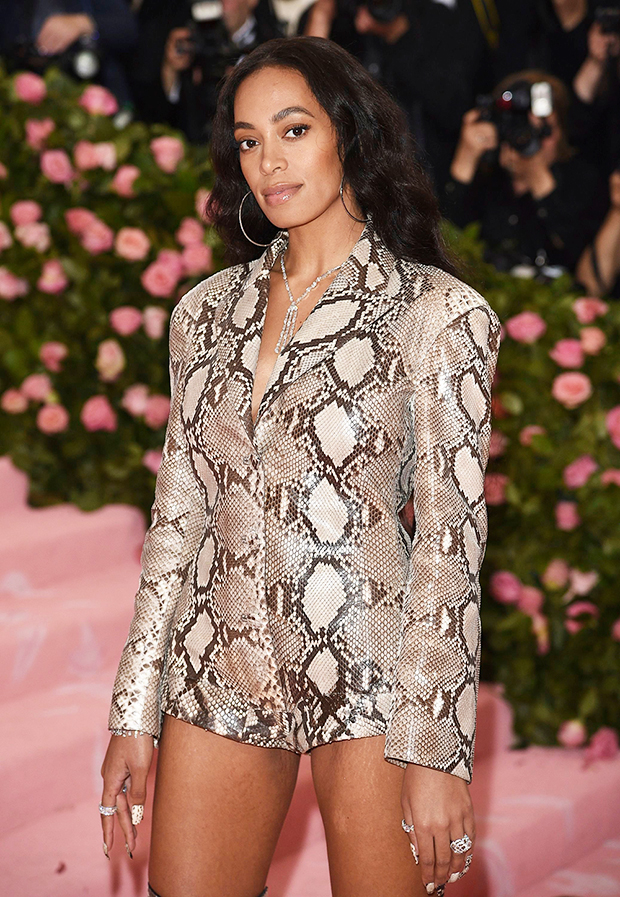 Solange at the 2019 Met Gala in New York City on May 6. (Photo credit: Evan Agostini/Invision/AP/Shutterstock)

Solange, born in Houston, Texas in 1986, has come a long way since the release of her debut album, Solo Star, in 2002. Today, she’s not only known for her musical artistry, but, she’s become one of fashion’s most prominent faces. She takes risks on the red carpet and never plays it safe, which could be one of many reasons she’s continuously invited to the Met Gala each year. The annual ball, which takes place in New York City every May, is strictly invite-only. It’s widely considered thee fashion event of the year.

Last year, Solange served a sexier than usual look at the 2019 Met. She showed off her incredibly toned legs in a head-to-toe python-print jumpsuit by Salvatore Ferragamo. It was actually the first year that the Italian fashion house, known for its designer shoes, dressed celebrities at the big event. Obviously, Solange was a top choice. She turned heads in the blazer-shorts-style suit and wore matching thigh-high boots to complete her look. That year, Solange kept her dark locks down with loose waves and accessorized with simple silver hoops, a chandelier necklace and a slew of rings. 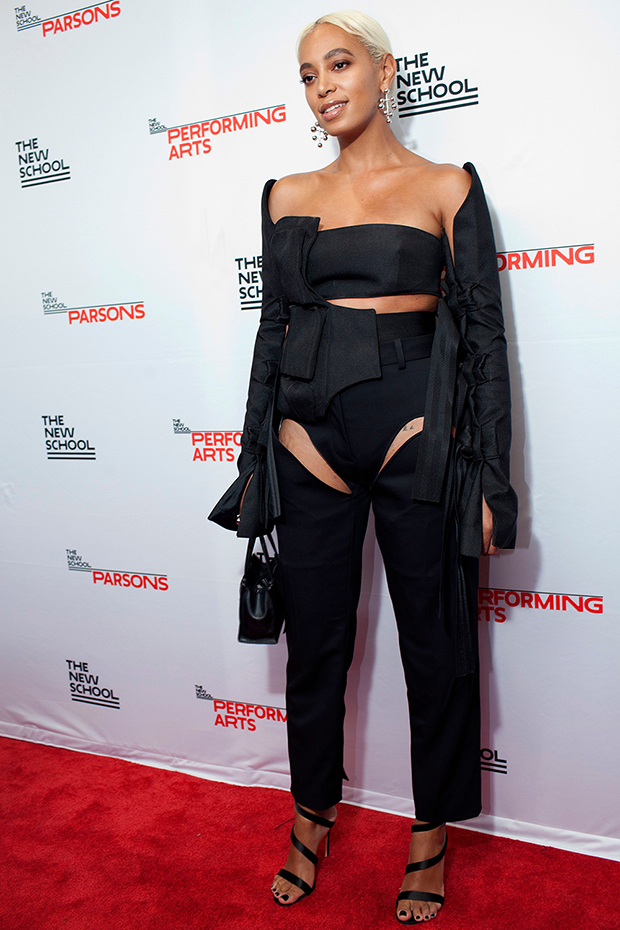 Solange at the 70th Annual Parsons Benefit in New York City in May of 2018. (Photo credit: Lexie Moreland/WWD/Shutterstock)

Related: Solange’s Son: Everything To Know About Her 17-Year-Old, Daniel

Solange turned heads at the 2018 Met in a strapless, glossy, black architectural dress from Iris van Herpen’s Fall 2012 couture collection — a look she let her Twitter followers choose! The singer topped off her wild ensemble with a black do-rag and a gold circular headpiece. The theme that year was “Heavenly Bodies: Fashion and the Catholic Imagination.” And, she nailed it.

Happy Birthday, Solange! Take a look back at her most glamorous looks to date in our attached gallery.