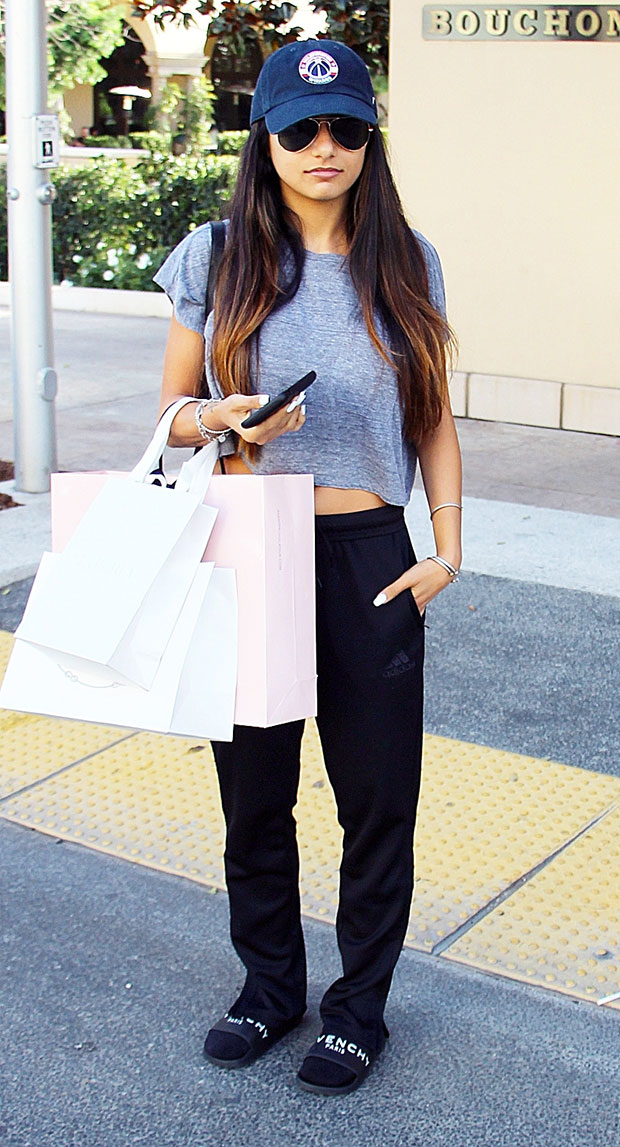 Mia Khalifa out and about. (Photo credit: MEGA)

Mia responded: “I’d rather have it removed than take a dime from that bag. I was offered millions to return for 1 video & felt violated all over again by the sheer audacity that they thought my body was contingent on the right price (years after I started speaking out against industry practices).”

Please please please think about this if you are considering the sex industry. They make it impossible to rectify your regrets should you have them in the future. https://t.co/yPYJf7xpA4

In response to another fan who expressed interest in Mia’s former work, the model said, “Please please please think about this if you are considering the sex industry. They make it impossible to rectify your regrets should you have them in the future.”

Mia thanked those who’ve supported her on Instagram when she noticed she was a trending topic on Twitter. On top of a screen-grab that showed a supportive tweet, Mia wrote, “Still can’t sleep. Reeling from the level of love y’all are showing me. I can’t handle it, I’m so grateful for all of you.”

The internet star got legally married to Robert Sandberg on June 10th, 2019, she revealed on Instagram. “We got married legally in the kitchen of our first home. June 10th, 2020 would’ve been our wedding day, but we’ll try again next summer,” Mia wrote alongside a black and white video of her husband.