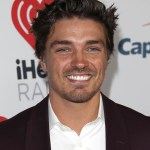 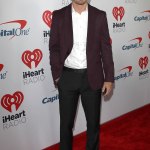 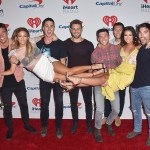 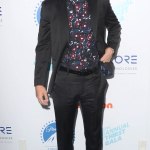 After months of speculation that Caelynn Miller-Keyes and Dean Unglert scretly got married, they addressed their status on the June 22 episode of ‘The Bachelor: GOAT.’

Caelynn Miller-Keyes and Dean Unglert gave a relationship update on the June 22 episode of The Bachelor: The Greatest Seasons — Ever! Amidst the recap of Ben Higgins’ season of The Bachelor, Caelynn and Dean appeared virtually to reveal where they stand one year after getting together on Bachelor in Paradise. For the first time, the lovebirds also confirmed the exact status of their romance following rumors that they secretly tied the knot.

Directing attention to his mysterious ring, Dean revealed, “Here’s the thing. In my opinion, I don’t need the title of husband to show the world I’m committed to one person. So the fact that I’m wearing the ring is showing just that…I’m committed to Caelynn and only Caelynn. And that’s why I’ve worn it.” So, there’s your answer — Dean and Caelynn are very much committed to one another, just not legally!

“I’ve been wearing [the ring] for probably the last six or so months,” Dean further explained to Chris Harrison. “[Caelynn] wears her, like, fun little ring as well. It’s not a traditional marriage or engagement ring…but it’s our little way of telling the world or the people we’re around that we’re committed to each other.”

The Caelynn/Dean marriage rumors began in February and were based off of some cryptic Instagram comments. When one fan commented on a pic of Caelynn and Dean and told them to “get married,” the former pageant queen responded, “We already did.” Another fan also wrote, “He needs to propose,” to which Caelynn wrote back, “He already did.” Additionally, Caelynn referred to her Valentine’s Day weekend trip with Dean as the “best honeymoon ever,” and Dean appeared to be wearing a wedding band on his ring finger around that time.

Even some of Caelynn and Dean’s Bachelor Nation friends got in on the fun. In February, Dean appeared alongside Jared Haibon and Ashley Iaconetti in an interview with Issa Rae and Kumail Nanjiani. Jared teased Dean for being a “married man,” and referred to Caelynn as Dean’s “wife.” Ashley added, “[Dean] keeps saying that they got married when they were in Europe and he broke his leg. And I’m thinking that possibly really did happen.” Dean was hospitalized after injuring his leg in a brutal ski accident in Dec. 2019, and Caelynn flew to Europe to take care of him afterward.

Dean and Caelynn first met on season six of Bachelor in Paradise during the summer of 2019. Dean actually broke things off with Caelynn during filming and left the show. She started seeing Connor Saeli after having her heart broken by Dean, but before the season ended, Dean returned to Paradise to win Caelynn back. She decided to give it a shot, and they left the show as a couple. They’ve been together ever since!