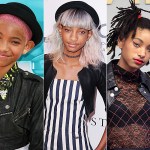 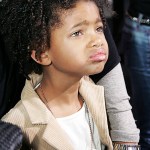 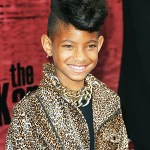 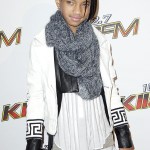 Will Smith had an emotional discussion about his kids with wife Jada Pinkett Smith during a special Father’s Day episode of ‘Red Table Talk’ and revealed that when their daughter Willow shaved her head bald, he thought it was ‘a protest’ against him.

Will Smith, 51, let the soft side of fatherhood show when he sat down to discuss parenting his kids during a special one-on-one conversation with his wife Jada Pinkett Smith, 48, on the Father’s Day episode of Red Table Talk. The proud dad opened up about how his only daughter Willow, 19, has had him feeling quite emotional since the day she was born and especially at certain pivotal and surprising moments like when she decided to shave all her long hair off her head.

“She destroyed all of my belief systems,” Will said about Willow in the conversation before joking about where his tissues were. “She made you have to fall back on your military style,” Jada responded.
“It was so devastating to me when she shaved her head bald,” he continued. “Because her record is Whip My Hair! I’m like, ‘That’s a protest against me!’ Whether it was or wasn’t that is a brilliant thing to do. I took that as a sign from the Gods that I was like, this little girl is rejecting what I’m trying to do for her. She doesn’t want it.”

“It was like she made music, she enjoyed it and she was finished,” he elaborated. “And she was hard with it. She was crying. She was scared. But what she wasn’t going to do is do something that she didn’t want to do.”

“It was pretty gangster,” Jada agreed. “And then rebuilt her career the way she wanted!” “My desire for her was overriding her desire for her,” they both said.

Will then explained that Willow’s actions allowed him to step back and watch her instead of “overparenting” her. “She introduced me to feelings because I don’t care about how I feel so if I don’t care how I feel, I sure don’t damn care how you feel! I would say that Whip My Hair thing put a pause button on my over parenting,” he said. “I stopped and I just started watching my kids and with Willow I started seeing that there was a higher value about how she feels about the situation versus how to fix the situation and it became the new thought process for me.”

Willow first shaved her head in 2012 and admitted “it was the perfect way to rebel” in 2019. She did it again in Mar. as part of an art exhibit and a source also told us that it was “symbolic” for her. “Willow shaved her head for symbolic reason, she wants to leave the past behind,” the source EXCLUSIVELY told HollywoodLife. “She’s had her struggles with anxiety but she’s feeling very empowered and ready to reclaim her life. Shaving off all her hair was a way to release everything and start fresh.”