The saying goes, “you’ve got to kiss a lot of frogs before you find a prince,” but it sounds like Lena Stone is fine keeping her lipstick intact, thank you very much. “Sleeping Beauty just needed a nap / Snow White just needed a tan / Cinderella just needed a suitcase / trade that pumpkin for a VW Van,” she sings at the start of her self-empowering anthem, “Princess.” In the video, Lena gets to live out her own fairy tale fantasy, posing like a princess next to a pretty pony (or, in this case, a full-grown horse) before lying down on a bed of pink tulle. However, it’s when she’s in an oversized shopping bag that Lena delivers the knockout punch of this country bop. “My life don’t look like / some storybook? Fine. / I guess it doesn’t matter / I pay my own rent / buy my own diamonds / make my own ‘Ever After'”

“Making the ‘Princess’ music video was easily the most fun I’ve ever had on a video shoot!” Lena tells HollywoodLife EXCLUSIVELY. “I love that at different points the video is super extra, but at moments it’s also really candid and just funny.  Everyone on set had the best time, and I think you can really see that in the final cut of the video.  Plus, there is nothing funnier than a horse wearing a tiara standing in the middle of a photography studio.” 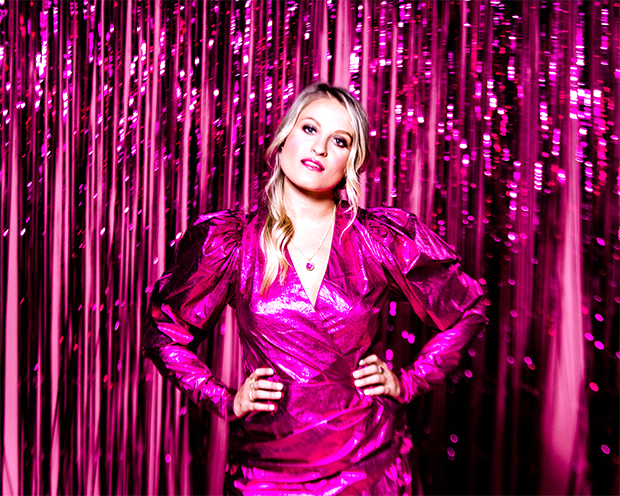 The best part of Lena going all “extra” for the video is that it doesn’t diminish the message behind “Princess.” This country track celebrates how Lena is happy with how her story is turning out, even if it doesn’t fit the conventional ideas of “storybook romance.” It’s also an anthem for all those women out there who are forging their own paths towards happiness.

“One of the reasons I named the EP Princess is because this song is so visual,” she tells HollywoodLife, “and I knew we had to do a really special music video to go with the song.  I love all the ways we got to play around with the themes of being girly and being a princess, but also acknowledge that at the end of the day it’s all just for show.”

Lena gave support to the other “princesses” of country music when she spoke EXCLUSIVELY with HollywoodLife in 2019. Right before her interview, Dr. Jada Watson of the University of Ottawa, in consultation with WOMAN Nashville, released a report called Gender Representation on Country Format Radio: A Study of Published Reports from 2000-2018. The study found that women were not afforded the same opportunities as their male counterparts when it comes to country music broadcasts, and Lena called out reform across the board.

“There are a lot of male artists who are sticking up for female artists, but it needs to be everyone,” she said to HollywoodLife. “It’s not that women don’t want to hear women. It’s not that men don’t want to hear women. You like what you’re exposed to, and when tours and radio are exposing you to only men, that’s what you like, because that’s what you hear.”