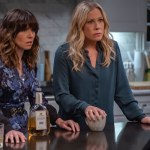 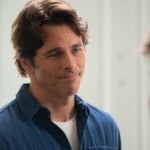 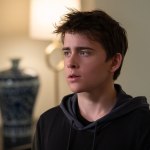 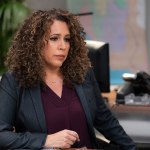 ‘Dead To Me’ season 2 ended with one shocking cliffhanger. HL spoke with Sam McCarthy about the possible impact of Charlie finding Jen’s letter, why he’s ‘skeptical’ Charlie will forgive Judy, and more.

Dead To Me season 2 dished out so many jaw-dropping twists and turns. In the final minutes of the season 2 finale, Charlie discovered the letter Jen wrote to Judy when she was going to turn herself in for Steve’s murder. Jen mentioned in her letter that she was sorry she didn’t forgive Judy for Ted’s death. This bombshell letter will change Charlie’s life forever. HollywoodLife talked EXCLUSIVELY with Sam McCarthy about whether or not he thinks Charlie will be able to forgive Jen and Judy for what they’ve done.

“Charlie has been very slow to like Judy,” Sam told HollywoodLife. “You might even say it took him even more than the first season to come around to Judy fully. Sometimes I feel like Charlie can get frustrated with Judy, but honestly, I don’t know. It would be nice if he did one day. But I would say, from Charlie’s perspective, she already kind of came in and disturbed the peace, for lack of a better word, in that family. So honestly, I don’t know if he’ll be able to forgive Judy. I would like to see it, but I am skeptical.”

As for Jen, Sam thinks Charlie would probably be a little easier on his mom. “That would be slightly different,” he said. “I’d say he’ll probably be equally as betrayed in a different way because Charlie wants to be treated like an adult, and his mom doesn’t really treat him like an adult as much as Charlie feels like he deserves and as much as he would want. A lot of that is for Charlie’s protection. He doesn’t know that at this point. Aside from the fact that his mom literally killed someone, I think that kind of a lie from Charlie will also not really sit right with him. I think eventually Charlie would actually be able to forgive his mother. They do have a deep love for each other despite the slight resentments and frustrations they have with each other. I think he will be able to forgive his mother, but it will be tough.”

Season 2 featured more mother-son moments between Jen and Charlie. For Sam, working alongside Christina Applegate has been a treat. “She’s probably my favorite person that I’ve ever worked with,” Sam admitted. “She’s great. She’s so nice. The mother-son bond with her is fairly easy to pull off, and it is a lot of fun getting to explore that because, as an actor, that’s what I like to do. I like complexities and things like that, so it’s been fun.”

Christina and Linda Cardellini lead the beloved Netflix series as Jen and Judy. Their relationship is the heart of the show, and Sam has learned a lot from watching these two talented women work. “Christina and Linda are just as good friends off-screen as they are on-screen,” Sam said. “The chemistry they have on the show is kind of crazy. Honestly, probably one of the biggest takeaways aside from all the help that they’ve given me on set is how important chemistry is and how useful that can be. That dynamic has so much chemistry, and that’s why it’s such a great dynamic between the two of them. Observing that in real life is cool.” Dead To Me season 2 is currently streaming on Netflix.