It’s fitting that “Love Letter” was shot underneath a red light. The new video from Payton Moormeier, released on May 20, shows the young superstar-in-the-making recording his debut song, and the ruby filter brilliantly captures the message at the heart of the song: the pain one feels when love goes wrong. Like a line taken from crumpled up Valentine’s Day card, “Love Letter” shows Payton transforming his past pain while putting down his verses (“How you telling me you love me then you take it back?”) on the track. It’s a significant piece of pop music — one that has resonated with the many thousands who follow this social media sensation online – that shows how one can use every life lesson as a source of creative energy.

“Inspiration for my songs come from everywhere in my life,” Payton shares with HollywoodLife ” ‘Love Letter’ was special because it came from something real that happened to me from a relationship, and it was my first song ever. ‘Love Letter’ is special in so many ways, and it helped me express myself as a person and an artist. That’s what I love so much about music and being able to create it.”

Payton has been making a name for himself online ever since he was 12-year-old. Like many other modern music stars, the Georgia-born, North Carolina-raised singer followed in the footsteps of Justin Bieber by posting videos of cover songs on social media, (Payton would actually rack up nearly a million views on his version of Bieber’s “Love Yourself.”) 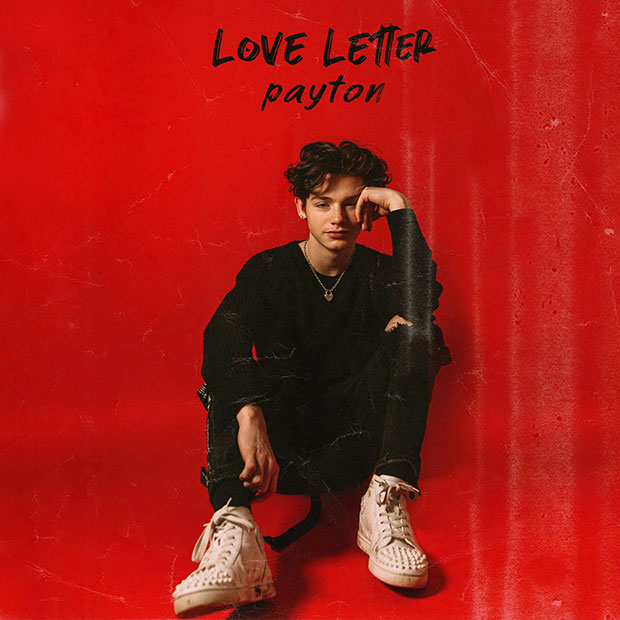 From there, the young Moormeier turned to TikTok, the platform where he’s found the most success, amassing more than 12 million followers, 537.9 million “likes” and billions – that’s right, billions – of views and impressions by 2020. His success on TikTok followed him on Spotify. One week after sharing his debut single “Love Letter,” the song had racked up over 1.5 million streams.

“It came together in my room as a demo,” he says about the song, in a statement. “It stems from being addicted to a girl. It’s all true.” It’s this earnest, intimate songwriting that has made Payton one of the brightest stars on the rise. “When you listen to my songs, I hope they’re an inspiration to chase your dreams. So many people have watched me grow online and stuck with me. They saw me go from zero to ‘make-it-happen.’ I want to encourage them to do the same.”

“Love Letter” is out now.