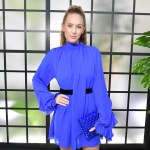 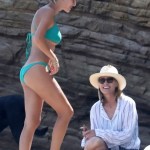 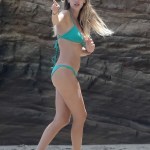 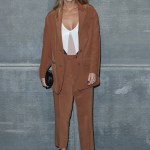 Dylan Penn and her stunning mother, Robin Wright, spent Mother’s Day soaking up the California sun, taking a trip to a Malibu beach to spend time together and enjoy the sand and sea!

What better way to spend Mother’s Day than a trip to the beach! Dylan Penn, 29, and her stunning look-alike mom, Robin Wright, did just that on May 10 and couldn’t have looked happier. The mother-daughter duo were captured taking in the beaming sun, with Dylan wearing a teal bikini that showed off her fit figure perfectly. Meanwhile, the former House of Cards actress, 54, wore a pair of denim short and an oversized striped dress shirt. Robin, who shares Dylan with her former husband Sean Penn, also fashioned a pair of dark sunglasses with a rancher hat to keep the sun out of her eyes and off her fair skin.

The mother-daughter pair’s latest casual appearance on the beach in Malibu isn’t the first time that the two have given fans a double-take with their stunning looks! In September 2017, Dylan accompanied her talented mother to the 69th Emmy Awards, where Robin was nominated for Outstanding Lead Actress in a Drama Series for her work as Claire Underwood on the flagship Netflix series House of Cards. The two looked truly stunning, with both fashioning gorgeous black gowns with intricate detailing throughout their dresses.

Between her loving bond with her daughter, her thriving career, and flourishing personal life, Robin has had quite a lot to celebrate over the last few years. In August 2018, Robin and her love, Clement Giraudet, 35, wed in Celement’s native France. While the couple stayed mum about the happy news, fans began to piece clues together when Dylan shared a video from the wedding of guests enjoying themselves and dancing the night away!

Dylan has always been quite close to her famous parents despite their 2010 divorce. The model has often been seen with her dad at major premieres like at the 2016 Cannes Film Festival and with Robin at industry and fashion events throughout the country. Sean and Robin welcomed Dylan into the world in April 1991. The pair married in 1996 before their divorce 14 years later. Dylan has gone on to appear in GQ, W, and Elle Magazine throughout her modeling career.